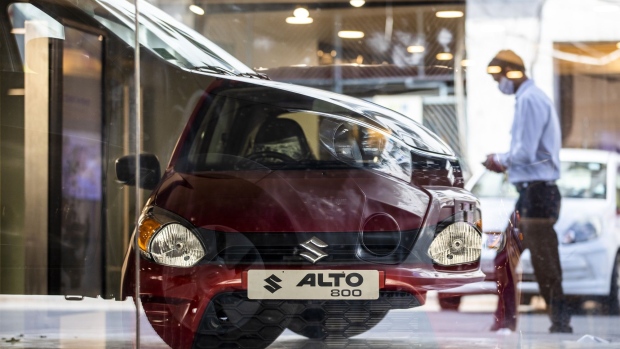 Maruti Suzuki India Ltd. Alto vehicle at one of the automaker's showrooms in New Delhi, India, on Sunday, April 4, 2021. The economic downturn from the coranavirus has been particularly visible in India's automobile sector, which is the world's fourth-largest and accounts for half of the country's entire manufacturing output, as it saw a fall in vehicle sales of more than 18% in the 12 months through February. , Bloomberg

Net income fell 65% to 4.75 billion rupees ($63.4 million) in the three months ended Sept. 30, the unit of Japan’s Suzuki Motor Corp. said in a statement Wednesday. That’s less than the average analyst estimate of 6.9 billion rupees, according to data compiled by Bloomberg.