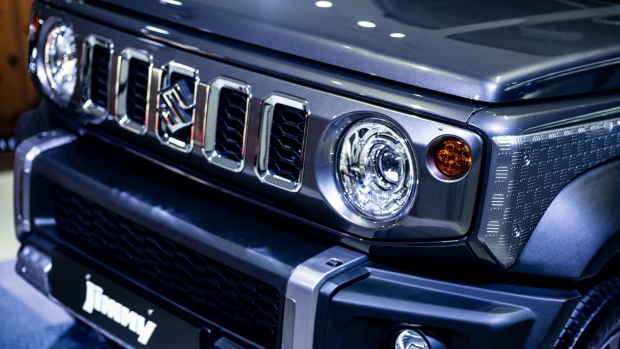 Revenue also topped estimates, rose 25% to 290.4 billion rupees. Total costs surged 21% to 269.5 billion rupees, according to the filing, while raw material expenses rose just 1.7% compared with the same period last year. Shares climbed as much as 3.3% after the earnings during trading in Mumbai.

The robust earnings will help Maruti as it revamps its product offerings to claw back market share from rivals Hyundai Motor Co. and Tata Motors Ltd. The carmaker, whose core business has long been cheaper entry-level cars, earlier this month introduced two SUVs as it seeks to catch up in a segment it has lagged in and cater to aspirational consumers upgrading from hatchbacks to bigger cars.

Cost reduction efforts favorable foreign exchange variation and softening of commodity prices were some of the factors that contributed to the profit margins in the latest quarter, according to the post-earnings presentation filed to exchanges. However, the shortage of electronic components impacted Maruti’s production by about 46,000 vehicles in the quarter, it said.

Maruti sold 465,911 vehicles during this three-month period, compared with 430,668 units a year ago. It had pending orders of about 363,000 vehicles at the end of the December quarter, of which about 119,000 orders were for newly launched models.

The carmaker has also recast its stance on electric vehicles. It is planning to roll out its first electric car by 2025 — pivoting away from its earlier position that EVs are not the cleanest option to cut emissions in India’s coal-dependent electricity generation.

Maruti is grappling with climbing raw material prices that are crimping its margin. To combat those higher input costs, Maruti raised prices by an average 1.1% across models in January, which may hurt consumer demand.

The paucity of electronic components impacted the production of Maruti cars in December, mainly in domestic models, it said. Its output last month declined to 124,722 vehicles from 152,029 a year earlier.

The carmaker’s shares fell 4.91% in the December quarter, while the benchmark S&P BSE Sensex climbed almost 6%. The stock has gained more than 3% this year.