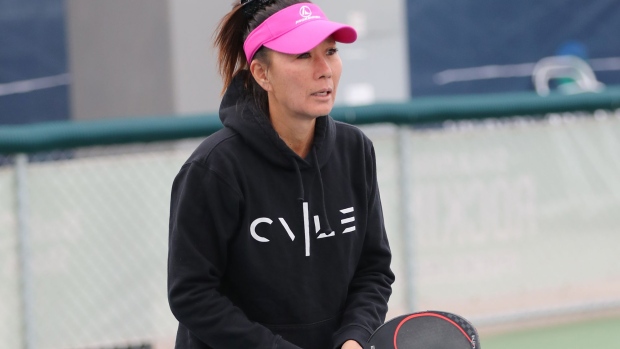 (Bloomberg) -- Five nationally ranked female pickleball players are signing on to a brand-new league geared toward players aged 50 and over.

Nathalie Bagby, Beth Bellamy, Jennifer Dawson, Anna Shirley, and Eva Welsher — who all compete within the Champions division for players 50 and older — will join the National Pickleball League, which is set to launch in 2023. Team competitions will be held between June and September of 2023, with league championships set to take place in October. They’ll be joined by five nationally ranked men’s Champions players.

Games will be played at several Chicken N Pickle outposts. The themed restaurant chain is dedicated to the sport, which functions like a hybrid between ping-pong, tennis, and badminton. The paddles and court are smaller than in tennis, though the ball is larger — and interest is growing, too.

Women comprise around 40% of pickleball players in the US, and players tend to skew older, the SFIA’s 2022 single-sport report found. Twelve percent of people who play pickleball at least once a year are between the ages of 55 and 64, and 17.6% are 65 or older, according to the SFIA survey. About half of players who play eight or more times a year are 55 or older, though boosters, advocates the sport, are actively trying to woo younger players as well.

Read More: Move Over, Tennis and Golf. Networks and Brands Are Cashing In on Pickleball.

Bellamy, the top-ranked Champions division player and a former professional tennis player, said there’s a “hunger” from other players she knows for team events within their division specifically.

“We'll have the ability to be on teams and enjoy that camaraderie and excitement, but then we'll also have the top players in the world so we can really play hard and enjoy that competition as well,” she said in an interview.

The NPL joins leagues like Major League Pickleball, which is team-based and does not categorize players by age. The Association of Pickleball Professionals and the Professional Pickleball Association, two for-profit tours for players, do feature options for age categories.

Tom Cove, the president and chief executive officer of the SFIA, said in a statement that pickleball was the fastest growing sport in the US in the past three years. He credits that with its accessibility, and also that it’s relatively easy to learn.

“All indications are that pickleball is here to stay and not a fad,” said Cove.