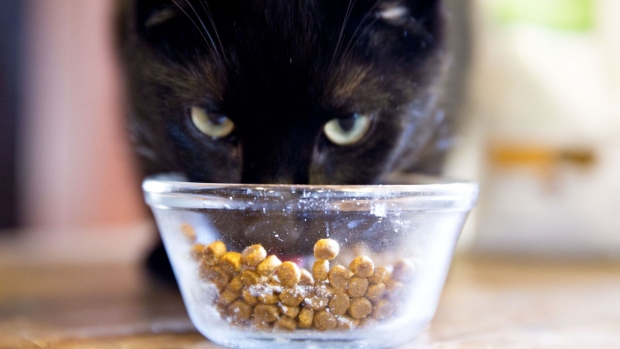 Shares of the Bangkok-based company closed at 31 baht, 3.1% below its IPO price of 32 baht, erasing gains of as much as 5.5% earlier. The unit of frozen and seafood products maker Thai Union Group Pcl raised 21.1 billion baht ($606 million) after selling 660 million shares at the top of a marketed range. It’s the largest debut in Bangkok since Thai Life Insurance Pcl. in July.

The offering marks a year of some resilience for Thailand’s IPO market, as improving sentiment toward local equities and the participation of local investors saw the execution of several deals even as they vanished in traditional venues. About $3.2 billion was raised in proceeds in the Southeast Asia country this year, a 20% annual drop that compares with a 44% plunge across Southeast Asia and a 70% decline in Hong Kong.

The company’s line of products include mini-pouch tuna flakes and vitamin drinks for cats and dogs, according to its website. I-Tail aims to use part of the proceeds for business expansion and debt repayment. In the first nine months of the year, the company posted  net income of 3.8 billion baht, a 170% jump versus the same period last year.

About 60% of the companies that listed in Bangkok during the past five years after IPOs of at least $100 million finished their first session at a higher price than they listed, data compiled by Bloomberg show. Other large-size IPOs lined up in Southeast’s second-largest economy include SCG Chemicals Pcl, and retailers CP Express Group Co. and Big C Supercenter Pcl.

The global pet food market will continue its strong growth momentum as pet owners are willing to pay a premium price for more functional and nutritious food, the company said in a statement Thursday.