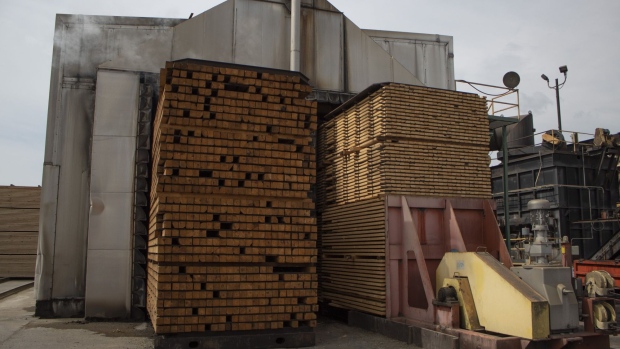 (Bloomberg) -- The home-building and renovation boom could keep wood demand strong for the next decade, the biggest U.S. lumber producer said Tuesday.

“We’re going to continue to look for timberland opportunities,” Stockfish said. “Every deal that comes to market, we’re looking at, so I would expect us to continue to be active on that front.”

Wood prices soared above $1,000 per 1,000 board feet for the first time ever earlier this year before touching a record high in May on a surprise surge in residential construction amid pandemic lockdowns and rock-bottom borrowing costs.

Some potential home buyers are getting priced out of the market, but for lumber producers, the rally has spurred all-time high profits. Although Stockfish foresees years of strong demand, he sees the recent price frenzy as unsustainable.

“I don’t think $1,000 lumber prices are the new normal,” Stockfish said. “With that being said, when you think about the amount of housing we’re going to have to build in the U.S. over the next three, five, 10 years, that’s just a significant amount of demand for wood products.”

U.S. lumber futures for July delivery have tumbled from last month’s record, extending losses Tuesday to a seven-week low at $1,160.10 as do-it-yourself renovation demand shows signs of weakening and some builders wait for lower prices.

That’s down 33% from the May 10 peak above $1,700. Some prices on the cash market, where most builders buy lumber for immediate delivery, have also started to drop after sawmills ramped up production.