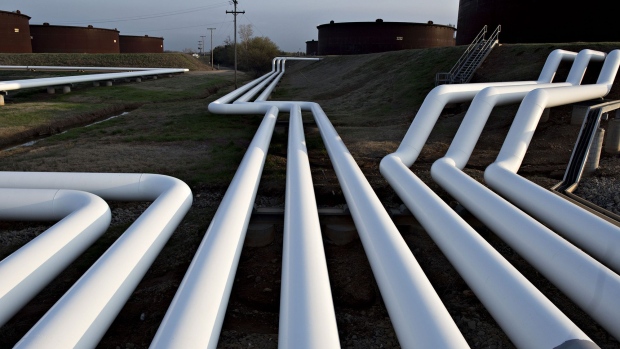 (Bloomberg) -- Exxon Mobil Corp., Chevron Corp. and ConocoPhillips are among companies failing to report all their tax payments despite being members of the Extractive Industries Transparency Initiative, the global anti-corruption body said Wednesday.

The EITI revealed that a third of its members failed to uphold the group’s tax transparency expectation in June, but named them for the first time in a spreadsheet released Wednesday. Civil society groups have accused the companies of reaping the reputational benefits of being members of the EITI without adhering to its principles.

“The assessment was a first step, and work remains to clarify and explain the expectations, but our hope is that it will encourage a ‘race to the top’ to meet or exceed them,” EITI board chair Helen Clark said in a statement. The assessment revealed scope for making the expectations clearer and the board will meet in October to seek to clarify them to ensure “measurable outcomes,” it said.

The EITI has been successful in helping implement transparent, granular tax disclosures from natural resource companies in the European Union, Norway and Canada, as well as helping host countries develop rigorous financial reporting frameworks. But it received a big setback in 2017, when U.S. President Donald Trump withdrew the U.S. as an implementing country.

Now the focus is on whether the EITI’s member companies actually support the organization’s standard. The U.S. branch of Publish What You Pay, which has been a member of 18 years, has been highly critical of America’s biggest oil companies for failing to report its tax payments, saying that it undermines the efforts of the whole body.

“We consider it fundamentally untenable for the EITI to be led by a Board composed of members who refuse to disclose their payments in line with the Standard and work against its implementation,” Carly Oboth, interim director of PWYP-US said in a statement.

Exxon complies with laws that are in effect today, the company said in a statement. Chevron and ConocoPhillips didn’t immediately respond to a request for comment.