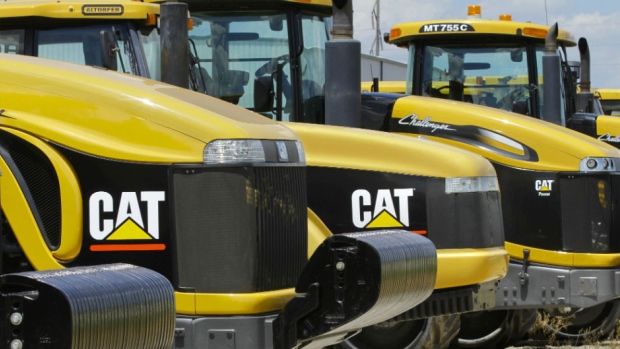 TORONTO - Toromont Industries Ltd. stock soared to an all-time high Wednesday, a day after the Caterpillar equipment distributor beat analysts estimates with a 67 per cent increase in second-quarter profit.

Its shares (TIH.TO) were up nearly 13 per cent at $64.95 during mid-afternoon trading Wednesday. Earlier, they hit a record intra-day high of $65.05, according to records going back 20 years.

The Toronto-based company -- which has Caterpillar dealerships stretching from Newfoundland and Labrador to Manitoba and most of Nunavut -- reported $67.6 million or 83 cents per share of net income for the second quarter.

That was up from $40.5 million or 52 cents per share for the second quarter of 2017, prior to Toromont's acquisition of the Hewitt Group last October.

Revenue was $961.3 million, up 81 per cent from $530.9 million and above the consensus estimate of $886 million, according to Thomson Reuters Eikon.

Toromont chief executive Scott Medhurst told analysts during a conference call before markets opened that the company is "still in the early days" of realizing growth opportunities from its expanded business.