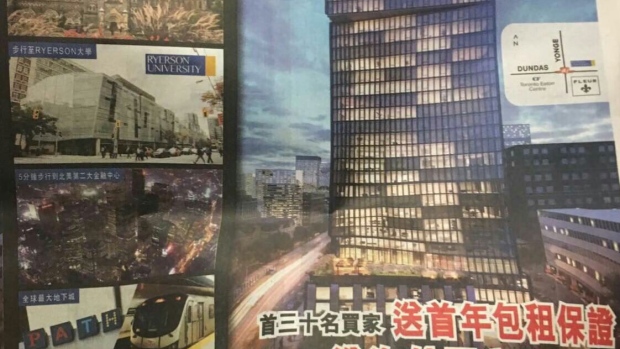 A real estate ad has surfaced in Hong Kong promising to cover Ontario’s recently-implemented foreign buyers’ tax and a rent guarantee of up to one year for the first 30 buyers of units in a downtown Toronto condo building.

The ad, which boasts the condo’s location, easy access to the city’s underground PATH system and proximity to Ryerson University, was surfaced on news aggregation and discussion platform Reddit by a user Monday night who claims to have seen the promotion posted near a metro station in Hong Kong.

It is not clear who the ad claims would pay for the incentives, but Menkes Developments, the Toronto developer mentioned on the ad, says it came from a local third-party broker – not them.

“Earlier today we were advised of a third-party advertisement for Fleur Condominiums, which appeared in Hong Kong. The ad featured a copy of our logo and attributed sales messaging to Menkes Developments that was not authorized by the development company,” Danny Roth, a spokesperson for the company told BNN in an emailed statement.

“We did not instruct the brokerage to make any offers regarding the “foreign buyers tax” recently introduced by the Ontario government, nor authorize any incentives to avoid or obfuscate measures meant to govern the purchase of real estate in the province by non-residents,” the statement continued.

The Ontario government introduced a 15 per cent non-resident speculation tax last month, along with 15 additional measures, aimed at cooling Toronto’s hot real estate market. Overall sales in the Greater Toronto Area declined in April – but condominiums saw an uptick in sales, with an eight per cent increase in the 416 region during the month, according to the Toronto Real Estate Board. Prices and new listing were up considerably, however.

"Offering this kind of incentive to prospective buyers is permitted but developers are still better off to selling to Canadian citizens and permanent residents rather than paying the NRST for a foreign buyer, the Ontario Ministry of Finance told BNN in a statement. "We’ve seen throughout many industries that businesses use promotions including "pay no tax" to encourage sales of their product. Regardless of these promotions, the tax is still paid to the government. If it isn’t, violators are subject to fines, penalties or imprisonment."

Menkes noted third-party brokers are important for sales of condo suites in today’s market, but that their marketing activities are not directed or approved by the developer.

“We are continuing to investigate the actions taken by the Hong Kong-based brokerage, and will remind them that any unauthorized claims or misrepresentations on behalf of the developer will not be tolerated,” Menkes said.

Here is the full advertisement as posted to Reddit: 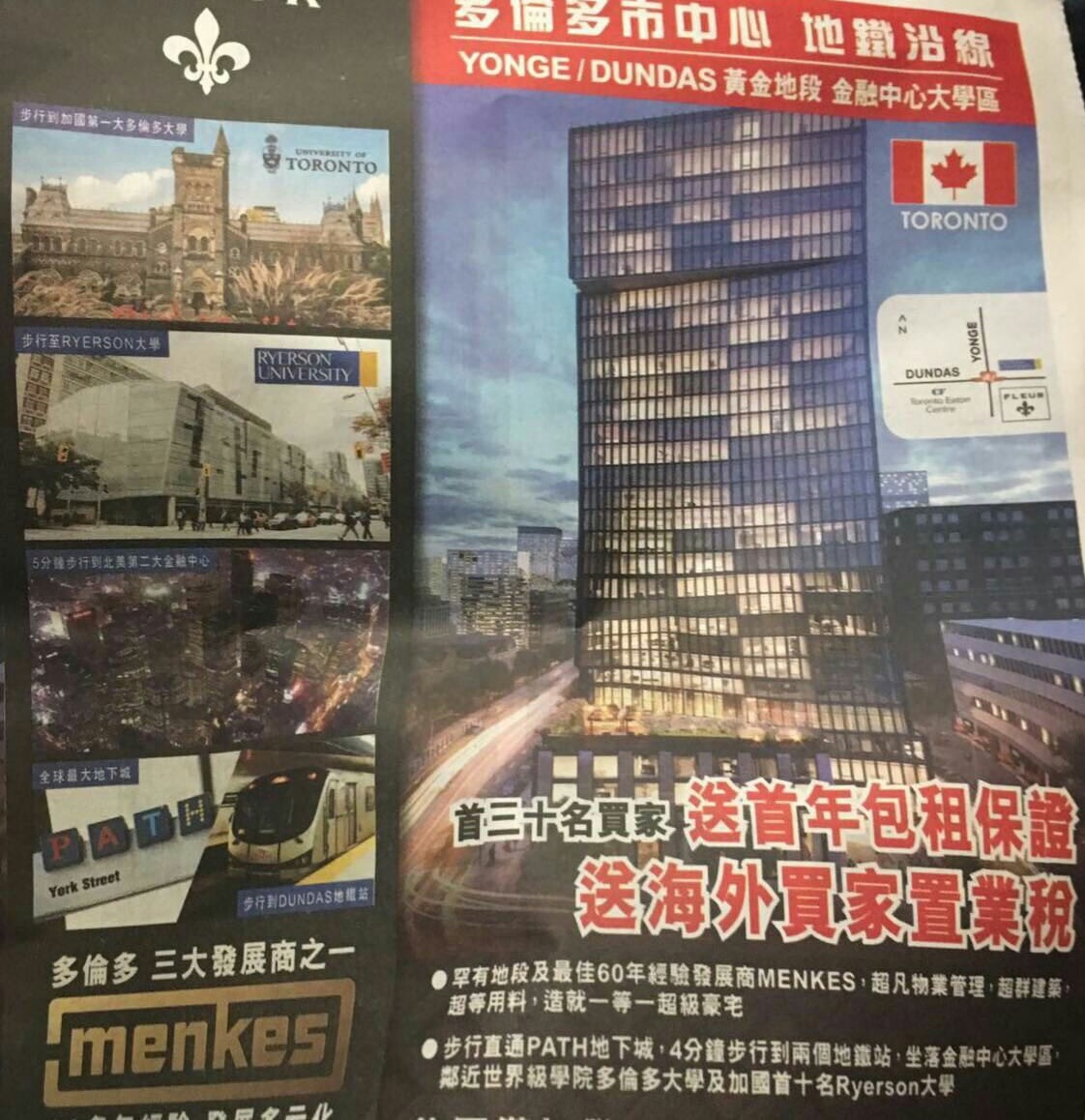