Toronto home prices rise in May from previous month

There was further sign of stabilization in Canada's largest housing market in May, with the average selling price rising for a fifth consecutive month as the region's real estate board warned competition is intensifying among buyers.

Selling activity plunged 22.2 per cent year-over-year across the Greater Toronto Area in May as 7,834 properties traded hands. However, that was a slight uptick from the previous month when 7,792 sales were recorded in the GTA.

The average selling price for all property types in May rose to $805,320 from $804,584 in April. Average prices have risen sequentially in every month so far this year after crashing in 2017 in the wake of the provincial Liberal government's Fair Housing Plan last April.

Meanwhile, new listings of properties available for purchase plunged 26.2 per cent year-over-year in May.

And with a provincial election looming on Thursday, the Toronto Real Estate Board has released new poll data underscoring the importance of housing for voters.

Indeed, 69 per cent of respondents to the online poll said their vote will be influenced by housing affordability measures in a party's platform.

“Market conditions are becoming tighter in the Greater Toronto Area and this will provide support for home prices as we move through the second half of 2018 and into 2019," said Toronto Real Estate Board Director of Market Analysis Jason Mercer in a release.

"There are emerging indicators pointing toward increased competition between buyers, which generally leads to stronger price growth." 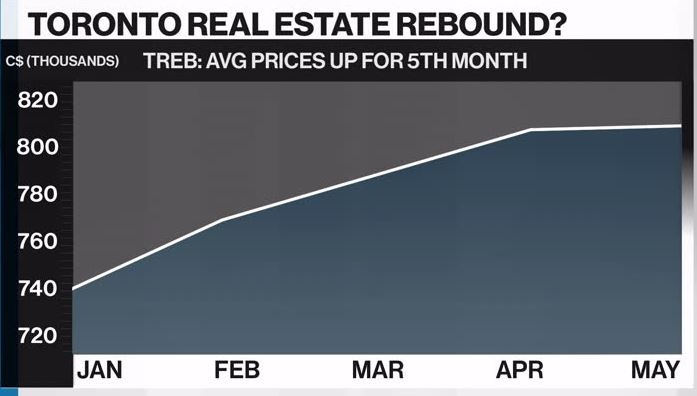