Toronto's Real Estate Board says fallout from government intervention is "starting to unwind," even after another month of double-digit sales declines.

There were 7,118 residential property sales across the Greater Toronto Area in October, marking a nearly-27 per cent drop from the previous year. Would-be buyers had plenty to choose from, as active listings surged 78.5 per cent year-over-year.

Sales were down across all segments of the market, with the biggest decline (29.8 per cent) registered among detached homes.

The overall average selling price last month in Canada's largest housing market was $780,104. That was a modest increase year-over-year, but still 15 per cent below the April peak of $920,791.

It was not a one-size-fits-all market, however, as GTA condo prices surged almost 22 per cent to $523,041, even as sales tumbled.

Buyers and sellers have been jockeying for position across the GTA since late April, when Ontario Premier Kathleen Wynne's Liberal government unveiled a 16-point plan designed to improve affordability. That strategy was built around a new 15-per-cent tax on foreign speculators.

In the aftermath of that intervention, monthly sales fell as low as 5,921 in July.

Now, half a year since the levy was implemented, the regional industry group thinks its impact is waning.

“The housing market in the GTA has been impacted by a number of policy changes at the provincial and federal levels," said Jason Mercer, TREB's director of market analysis, in a press release.

"Similar to the track followed in the Greater Vancouver Area, it appears that the psychological impact of the Fair Housing Plan, including the tax on foreign buyers, is starting to unwind." 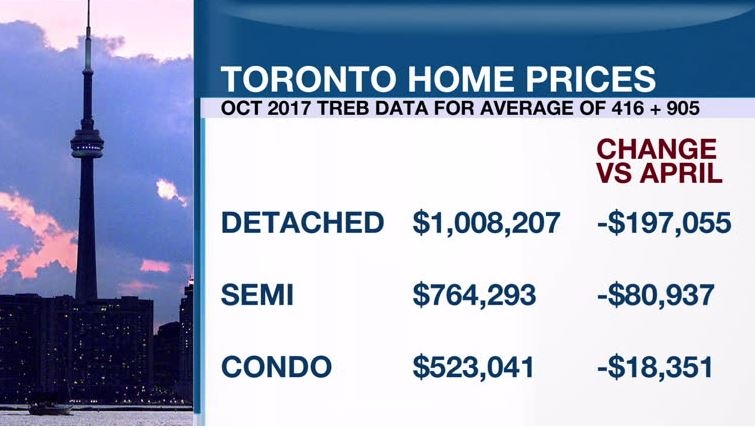