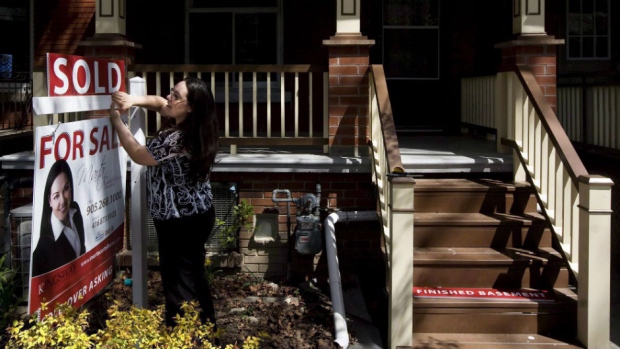 TORONTO - A record number of homes were sold in the Greater Toronto Area last month as listings continued to dwindle, the city's real estate board said Wednesday.

The Toronto Real Estate Board said its members had 9,813 sales in August, a 23.5 per cent increase from the same month last year, though there were two more working days this year.

Still, even adjusting for an equal number of days, last month's sales volume in the Greater Toronto Area was up about 13 per cent from August 2015.

"The conditions underlying strong demand for ... housing remained in place, including a relatively strong regional economy, growth in average earnings and low borrowing costs," Larry Cerqua, president of the Toronto Real Estate Board, said in a statement.

"Unfortunately, we did not see any relief on the listings front, with the number of new listings down compared to last year. This situation continued to underpin very strong home price growth, irrespective of home type or area."

Jason Mercer, director of market analysis with the Toronto Real Estate Board, said the supply crunch is fuelling competition among buyers.

“We’ve been seeing sales growth outstrip listings growth to the point where active listings at the end of the month have been down. What that’s resulted in is a lot of competition between buyers and strong upward pressure on pricing,” he told BNN in an interview Wednesday.

Mercer also said that low interest rates have been a major factor contributing to growth in home sales over the last couple of years.

“When the cost of borrowing is low, that prompts more people – all things being equal – to look at purchasing a home,” he said. “But coupled with that, of course, you still need to have a job and an employment income to cover that mortgage. And we have seen job growth in the GTA, and we have seen wages and salaries growing above the rate of inflation as well.”

Some industry observers have also voiced concerns that Vancouver's new 15 per cent tax on foreign buyers could send investors to Toronto, driving up prices in a market that is already scorching.

However, Mercer said that it’s “too early to say” tha we’re seeing that influx of buyers moving out of the Vancouver area as a result of the tax, which only came into effect last month.

Sales in Vancouver dropped 26 per cent in August compared to a year ago, following the introduction of the tax on Aug. 2.

Prices in Vancouver continued to rise, however, with the benchmark price for all residential properties climbing 31.4 per cent from a year ago to $933,100. 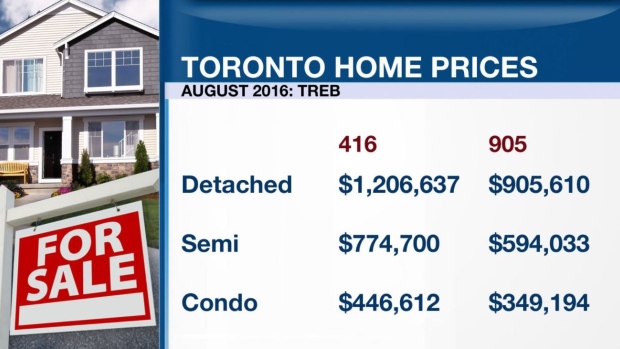