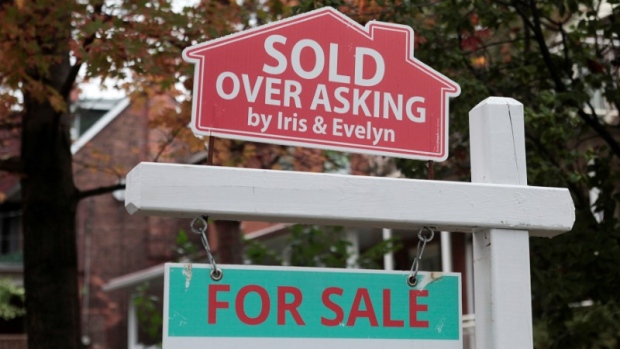 Toronto’s housing market has hit its most unaffordable level ever, according to a new report from RBC Economics.

The quarterly update, published Thursday, said it took 72 per cent of median pre-tax income in Toronto to cover the cost of home ownership during the first quarter of 2017. The average Canadian household spent 45.9 per cent of its income on owning a home.

“Housing affordability in Canada’s most populated area has evaporated at a disturbing pace,” according to the RBC report.

However, the report indicated Ontario’s Fair Housing Plan – which introduced 16 housing measures in April – has opened the window for some relief.

In Vancouver, meanwhile, affordability improved in the quarter but still remained the most expensive city in the country, with its affordability measure sitting at 79.7 per cent. The report said housing heat shifted to surrounding markets like Victoria, where price pressure intensified.

RBC also said affordability outside of Ontario and British Columbia improved marginally. Saint John was the most affordable major city in the quarter, despite recording the strongest price increase in the Atlantic region.