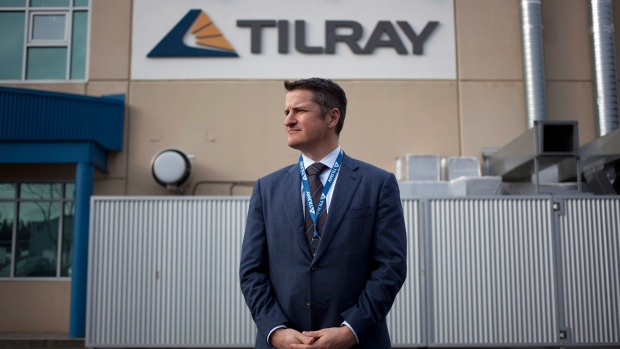 TORONTO - Licensed medical marijuana producer Tilray Inc. has formed an exclusive alliance with Sandoz Canada, in what it says is the first collaboration between a cannabis producer and a local affiliate of so-called Big Pharma.

Tilray, headquartered in Toronto with production facilities in British Columbia, has signed a binding letter of intent with the Quebec-based affiliate of Sandoz International GmbH, part of global healthcare company Novartis.

As part of the agreement announced Monday, Tilray will become the exclusive collaborator with Sandoz Canada on cannabis-based medical products which are non-smokable or non-combustible such as gel caps and sprays for the domestic market.

Subject to future regulatory changes, the aim is to distribute on a wholesale level these co-branded products to Canadian hospitals and pharmacies, said Tilray's chief executive officer Brendan Kennedy.

There is still much skepticism towards the medical marijuana industry, and this collaboration with a recognized pharmaceutical company will help alleviate that, he said.

As well, patients and physicians may feel more comfortable with cannabis-based products in forms such as pills and creams that are familiar.