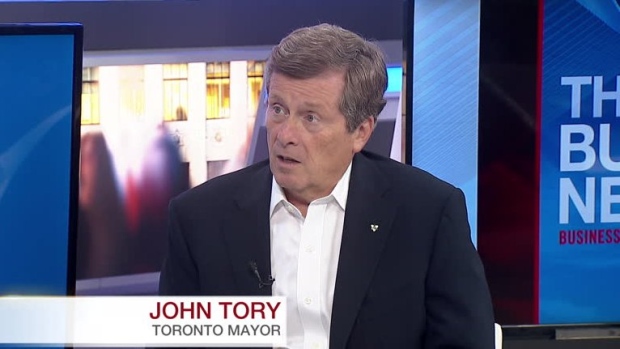 In an interview with BNN on Friday, Tory said the same incentives that helped lure Cisco Systems to Toronto in 2013 – a deal that included a $220 million provincial grant – could be available to Amazon if it chooses the Greater Toronto Area.

Amazon announced on Thursday that it is on the prowl for a second North American headquarters outside its existing Seattle base.

Tory expressed Toronto’s interest shortly after, saying he will be "leading the charge" to lure the company to the city.

Other Canadian cities expressed interest in Amazon on Thursday, including Ottawa, Calgary, Edmonton, and Vancouver as well as potential southern Ontario competitors Mississauga and Kitchener.

Tory believes that proximity to those two cities in particular could be an asset, not a hindrance in the bidding.

“I think we can put together a fabulous bid that centres around a lot of things that happen to be in Toronto, but also says ‘we’re going to take full advantage of all the other assets that we have in the region’ and that’s very much something that will be a regional establishment if it chooses to locate here,” he said.

The bid is being put together by city staff as well as Toronto Global, a new agency dedicated to attracting global investment to Toronto and the Greater Toronto Area.

They’ll be competing against other Canadian cities that are looking to make a compelling case. 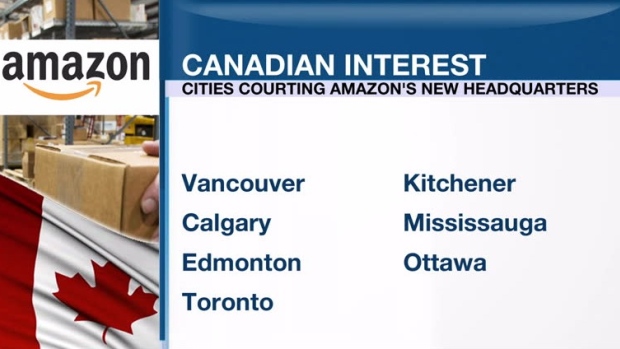 “In the heart of the Cascadia Tech Corridor and close to their American HQ, Vancouver’s world-class tech ecosystem is chock-full of top talent, a prime gateway for international business, a green economy hub, and consistently rated as a top liveable city," Vancouver Mayor Gregor Robertson said in a statement.

Ottawa’s mayor Jim Watson added that his city "certainly fits their criteria with its educated workforce, strong research and innovation ecosystem, new Light Rail Transit (LRT) system coming to stream in 2018 and its proximity to a large and thriving market within easy reach of our highways and International airport.”

The company said it will spend more than US$5 billion on its new hub, that could house as many as 50,000 employees. Amazon founder and CEO Jeff Bezos said the second location will be "a full equal" of its Seattle counterpart.

Amazon is expected to have some prerequisites for its new home: access to mass transit and an international airport and room to potentially expand the facility to as much as 8 million square feet in the next decade. Cities have until Oct. 19 to apply, with a final decision expected next year.

"We want to find a city that is excited to work with us and where our customers, employees, and the community can all benefit," the company said on its website, about why it was choosing its second headquarters through a public process.