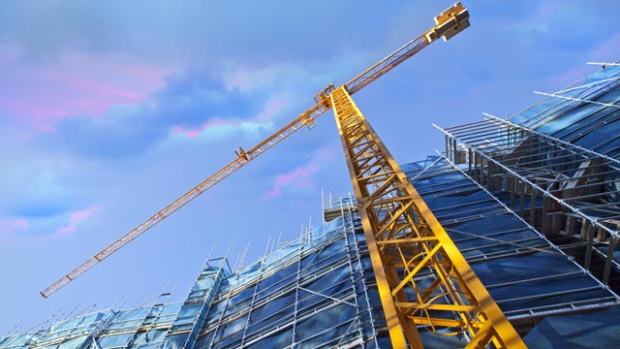 Canada's condo boom continues to surprise, with groundbreaking in Toronto still going strong even as prices of detached homes in Canada's largest city slump, but recent rate hikes and rent controls are likely to cool condo prices by 2018.

While many predicted the brisk construction of high rise homes in Toronto would cause a glut and eventual crash, the condo market has emerged as the stalwart survivor as a long-awaited broad housing market correction grips the city.

Developers and economists alike say condo prices, up 21 per cent in a year according to the Toronto Real Estate Board, cannot keep rising at such a pace, in part because it was their relative affordability compared to single-family homes that fueled the boom in the first place.

"We've seen significant appreciation over the last 12 months and it's not going to continue to grow at that aggressive rate," said Christopher Wein, president of Great Gulf Residential, a developer with projects in Canada and the United States.

While prices may cool, the scarcity of land on which to build detached houses will continue to fuel the condo building boom, said Peter Norman, chief economist at real estate consulting firm Altus Group.

The health of the condo market is critical for Toronto. So-called multiple unit buildings account for about 40 percent of housing starts in Canada as a whole and about 53 per cent in Toronto. By 2018, more than 62 per cent of Toronto groundbreaking will be multiples, Norman believes - nearly all of them to be snapped up by investors, not residents.

"The vast majority of multiples are being sold to investors, that's just the way market works," he said, pointing out that few owner-occupiers have the patience to buy from a floor plan and wait years for the unit to be ready to move in.

Those who buy condos for a guaranteed monthly income may find the market less attractive with two Bank of Canada rate hikes in the last three months boosting borrowing costs, and provincial rent controls unveiled in April limiting income potential.

"If the math doesn't work because of higher mortgage rates, they will simply stop doing it and demand for condos will go down," said Benjamin Tal, senior economist at CIBC Capital Markets in Toronto.

Developers are divided over the impact of risk of rent control and Jim Ritchie, senior vice president of sales and marketing for condo developer Tridel, said new condos will become more attractive than resales because rent controls do not limit initial rents, only subsequent increases.

What makes Toronto's condos an attractive long-term bet is the city's low vacancy rate, which has fueled bidding wars among renters and driven monthly condo rents to an average of $2,074 in the second quarter, up 7.2 per cent from $1,935 a year ago, according to market research firm Urbanation.

Another factor is affordability. With detached homes having doubled in price to about $1 million - twice the price of the average condo - during the recent boom, Ritchie is confident condos will sell even as detached homes sit unsold and prices fall.

"The naysayers have been consistent and we've consistently moved along," said Ritchie. "As far as we are concerned, we continue to believe in this marketplace ... and we are moving ahead as in the past."