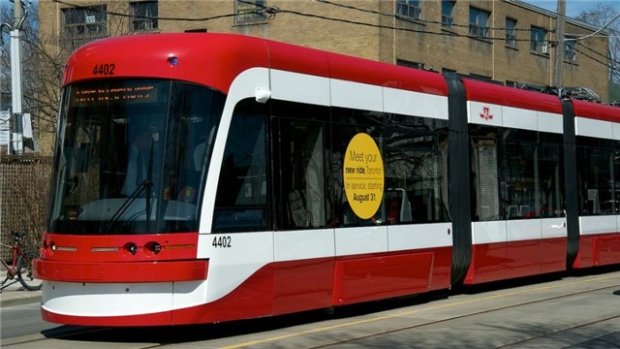 Toronto Mayor John Tory has released a strongly worded open letter to Bombardier (BBDb.TO) accusing the transportation company of a “complete failure” to live up to its contract to deliver new streetcars for the city and threatening further legal action against the company.

“The delay of new streetcars has now reached a critical tipping point,” reads the letter sent to Benoit Brossoit, president of Bombardier Transportation's Americas division. “We have had to initiate a recovery program worth millions of dollars just to extend the life of these streetcars that much further.”

The $1.2-billion contract to replace Toronto’s aging streetcars has already been plagued with problems and delays. The transit commission is supposed to have more than 100 streetcars on the road right now — but as of Thursday, Bombardier had delivered 27, with another three on the way.

Bombardier has blamed the delays on faulty parts from its supplier in Mexico, labour trouble and the intricate nature of the new streetcars. "Ultimately, this all means fewer people feeling as though the TTC is the best option to move around the city," wrote Tory. "Bombardier delays are having a direct impact on whether people choose transit."

Tory added he is not impressed with Bombardier’s promise to dedicate its Thunder Bay, Ont., plant to TTC production  – a move the company says will reduce the potential for further delays. "To us this is a bare minimum especially if Bombardier, once a Canadian source of pride, wants to maintain any ability to do business with entities such as ours," the letter reads.

And that prompted the mayor’s warning about his next course of action.

“[The TTC report] has caused us to request advice on further legal action we could undertake to recover additional damages for this complete failure to perform,” Tory wrote in the letter.

The TTC also noted the average age of its current fleet far exceeds the normal operating life of 30 years, and that it will be forced to push more buses into service as a result of Bombardier’s setbacks.