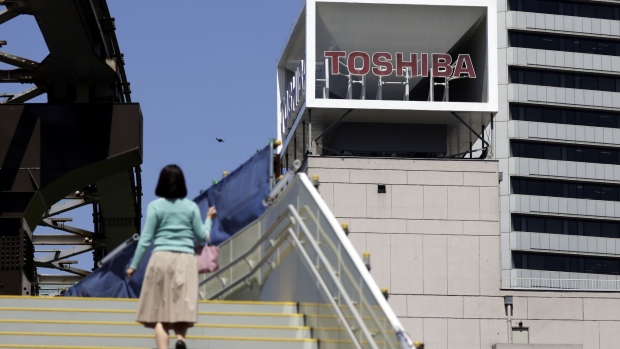 (Bloomberg) -- A Toshiba Corp. outside director opposed the nominations of two directors representing the company’s activist investors, suggesting possible conflict ahead in what has become a litmus test for corporate governance in Japan.

Under crticism that it was ignoring the wishes of shareholders, Toshiba last month nominated to its board Eijiro Imai and Nabeel Bhanji to represent activist investors Farallon and Elliott.

Toshiba said the previous day it received eight offers to buy out the conglomerate, as well as two proposals for capital and business alliances. The company said in a filing it will evaluate the non-binding bids and choose one or more to pursue after its annual shareholder meeting scheduled for June 28.

The likelihood of any bid to pass clearance with Japan’s Foreign Exchange and Foreign Trade Act will be one of the criteria when narrowing down the bids, Black said. The country’s Ministry of Economy, Trade and Industry will play an important role, he added.