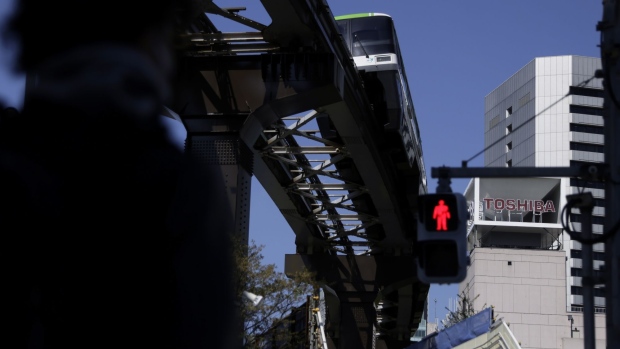 (Bloomberg) -- Toshiba Corp. attempted to influence a key shareholder vote that resulted in the appointment of the company’s slate of directors, an independent inquiry into the 2020 annual general meeting has found.

The voting, which ruled against nominees put up by Singapore-based Effissimo Capital Management, “wasn’t fairly managed,” Toshiba said in a filing sharing the conclusions of an investigation by several law firms. The report was the result of a probe proposed by Effissimo -- Toshiba’s largest shareholder -- and approved in March.

The secretive fund tried last year to have co-founder Yoichiro Imai named to Toshiba’s board, along with other directors. When that proposal was rejected and management’s own slate of directors appointed instead, it was seen as a setback for activists who sought more influence at a conglomerate plagued by years of accounting scandals and business missteps.

However, suspicion followed that the vote count had not been entirely above board. One shareholder with a 1.3% stake reported that its votes weren’t counted, despite being mailed several days before the deadline. In September, the Financial Times reported that Hiromichi Mizuno, the former chief investment officer of the Government Pension Investment Fund and a board member of Tesla Inc., spoke to Harvard University’s endowment fund ahead of the vote, after which the fund abstained from voting.

Toshiba said it would review the report and announce its own comments on the conclusions at a later date. Before the independent probe was approved at the March AGM, Toshiba had said it saw “no validity or reasonable grounds” to further investigate the matter.