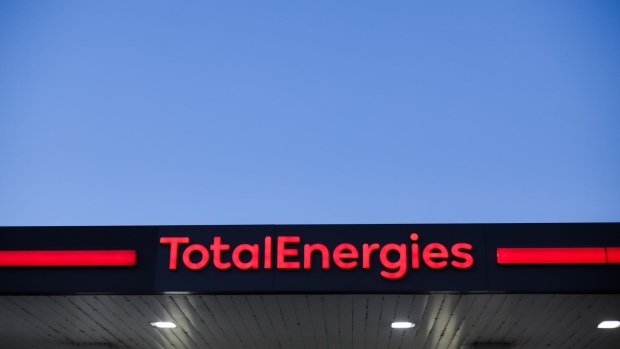 Signage for TotalEnergies SE at a gas station in Toulouse, France, on Thursday, Feb. 10, 2022. TotalEnergies promised to increase its dividend and buy back more shares after posting a record fourth-quarter profit. Photographer: Matthieu Rondel/Bloomberg , Bloomberg

TotalEnergies SE will put up for sale its minority stake in a Nigerian oil joint venture, joining the exodus of supermajors from onshore fields in Africa’s largest crude producer.

The French energy giant will look to offload its 10% interest in a firm that holds 20 onshore and shallow water permits in the West African country, Chief Executive Patrick Pouyanne said on a conference call Thursday. Shell Plc, the operator of the licenses, is already considering bids from four local firms for its 30% shareholding in the company.

Oil majors have been selling onshore and shallow water assets to Nigerian independent producers for more than a decade. That process is accelerating, with Exxon Mobil Corp. agreeing in February to sell some of its Nigerian assets to Seplat Energy Plc for at least $1.28 billion.

International firms want to focus on deep-water fields away from the difficulties of operating in close proximity with local communities. Total also operates four other onshore and shallow water licenses in Nigeria.

The other shareholders in the joint venture are the state-owned Nigerian National Petroleum Co., which holds the majority stake, and Eni SpA, which has yet to reveal if it intends to sell its interest.