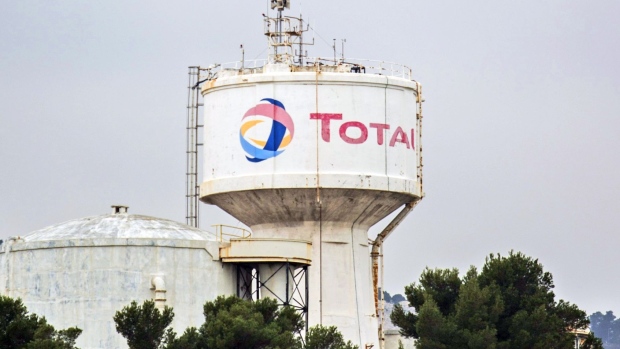 Total SE will halt oil refining in the Paris region and spend more than 500 million euros (US$582 million) by 2024 replacing its facility with renewable-fuel and bioplastic plants.

The decision reflects rising demand for greener energy and products, as well as a commitment by Total to reduce its exposure to hydrocarbons and curb carbon emissions. The French energy giant, like its European peers Royal Dutch Shell Plc and BP Plc, has come under increasing pressure from governments, consumers and investors to step up measures to tackle climate change.

Crude oil refining at Grandpuits will stop in March and storage of hydrocarbons will end in late 2023, Total said in a statement. By 2024, the site will focus on production of renewable diesel mostly for aviation, plastic recycling and bioplastics, and the operation of two solar plants. Clients in the Paris region will instead be supplied by Total’s refineries in Normandy and Donges.

“Total is demonstrating its commitment to the energy transition and reaffirming its ambition to achieve carbon neutrality in Europe by 2050,” Bernard Pinatel, president of Total Refining & Chemicals, said in the statement. Grandpuits accounts for 8 per cent of France’s total refining capacity, he said at a later press briefing.

Refining margins have been under pressure due to the coronavirus pandemic, which has cratered demand for oil products such as jet fuel. Conversely, Total’s biofuel plant in La Mede, in the south of France, has remained profitable during the crisis, Chief Executive Officer Patrick Pouyanne said in July.

Grandpuits has also been dogged in recent years by pipeline issues. Replacing the link to the refinery would cost almost 600 million euros, an investment unlikely to be worthwhile as the government pursues policies in favor of renewable fuels and cleaner vehicles, the company said.

In terms of specification, the plant will produce so-called HEFA bio-jet, derived from hydroprocessing esters and fatty acids. The rest of the output will be renewable naphtha, used to produce bioplastics, and renewable diesel, or HVO.

That reflects France’s shift in consumption habits, with demand for traditional diesel in the Greater Paris area dropping by 4 per cent to 5 per cent a year as engines become more efficient and people gradually shift to electric cars, Pinatel said.

The new unit will process primarily animal fats from Europe and used cooking oil, supplemented with other vegetable oils like rapeseed. It won’t use palm oil, which is blamed by environmental groups for increasing deforestation.

Total’s joint venture with Dutch chemical maker Corbion NV will also build a new plant at Grandpuits, which will use sugar instead of oil to produce plastic from 2024, following a similar endeavor launched in Thailand two years ago. The market for so-called PLA bioplastics, which can be used to make plastic films and rigid packaging, is growing as much as 15 per cent annually, according to Total.

On the same site, the French company will team up with Plastic Energy to recycle plastic waste into polymer feedstock that can be used to make food packaging. Two solar plants, with a total capacity of 52 megawatts, will be built at the Grandpuits and Gargenville sites.