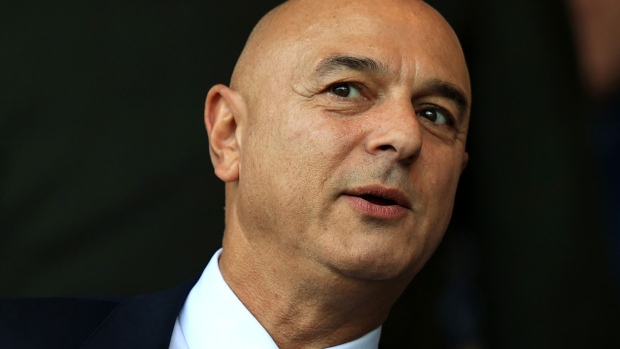 (Bloomberg) -- The owners of Tottenham Hotspur FC will inject £150 million ($187 million) into the English Premier League football club ahead of the new season.

ENIC Sports Inc., the investment firm of Joe Lewis and Daniel Levy that’s the majority owner of Tottenham, will allocate the funds to help the club invest on and off the pitch, according to a statement on Tuesday.

The money will allow Tottenham’s coach, Antonio Conte, to strengthen his squad in the upcoming summer transfer window as he bids to close the gap on domestic rivals Liverpool FC and Manchester City FC next season.

Italian Conte was brought in as Tottenham’s manager in November to help turn the club around after a string of poor performances under previous coach Nuno Espirito Santo.

Tottenham has just played its first full campaign in front of fans at the 60,000-plus capacity stadium it opened in 2019, just before the Covid-19 pandemic forced football games across England behind closed doors.

“The delivery of a world-class home was always a key building block in driving diversified revenues to enable us to invest in the teams and support our ambitions to be consistently competing at the highest levels of European football,” Levy, chairman of Tottenham, said in a statement. “Additional capital from ENIC will now enable further investment in the club at an important time.”

Under the terms of the capital increase, Tottenham will issue convertible A shares and accompanying warrants. ENIC’s shareholding could increase from 85.6% to around 87.5% on conversion to ordinary shares, according to the statement.

Like clubs around Europe, Tottenham, which had borrowed heavily to build the stadium, saw its finances hit by the pandemic. Accounts filed at the UK’s Companies House show revenue of £362 million for the year ended June 30, 2021, down more than 20% from the last full year before the pandemic.

In mid-2020, the club went to the Bank of England for a loan to help it weather the worst of the crisis. That has since been repaid.