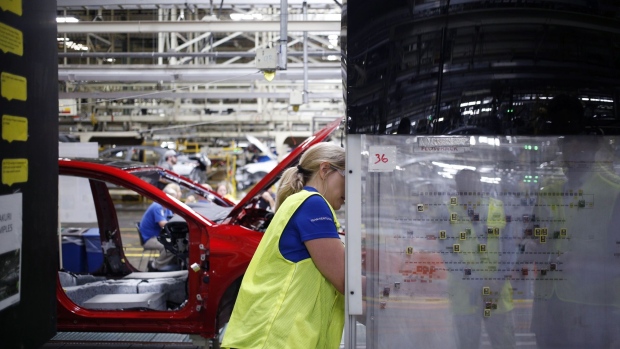 Toyota and Honda are extending the closure of their assembly plants in the U.S. and Canada, citing the risks from the coronavirus and slumping demand.

The decisions come as showrooms are darkened from the spread of the outbreak and as more Americans have been thrown out of work because of the pandemic, increasing the likelihood of recession.

Toyota Motor Corp., Japan’s largest automaker, said Thursday it will attempt to resume production on April 20 at all of its North American auto parts and vehicle factories, including facilities in Mexico, two weeks later than an initial target date of April 6.

Honda Motor Co. said it aims to restart its engine, parts and vehicle plants in the U.S. and Canada on April 7, after previously saying it would do so by March 31.

Moody’s Investors Service earlier Thursday cut the credit ratings of Toyota and Honda by one notch and Nissan Motor Co. by two notches, citing the impact on the companies’ creditworthiness from a deteriorating economic outlook globally.