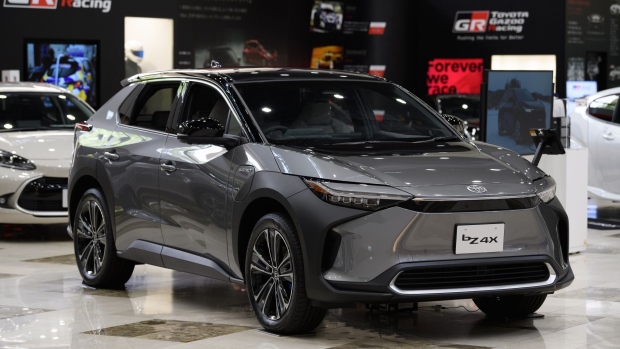 (Bloomberg) -- Toyota Motor Corp. is offering to buy back fully electric SUVs that owners have been ordered to stop driving because their wheels could fall off.

The Japanese automaker said it’s working “diligently” on a remedy for vehicles included in a June recall of its bZ4X. That notice, which also affected Subaru’s Solterra, said hub bolts on the vehicles’ wheels could loosen and cause the wheels to detach.

Toyota has offered owners free loaners and $5,000 credit toward payment of existing loans or lease or the purchase price of cars that are paid off. Drivers who receive traditional gas-powered cars will receive reimbursements of their fuel cost.

In recognition of the inconvenience caused by the stop-driving order, Toyota is also offering to repurchase the electric SUV, an extreme step following a recall. The buyback was reported earlier by Electrek.