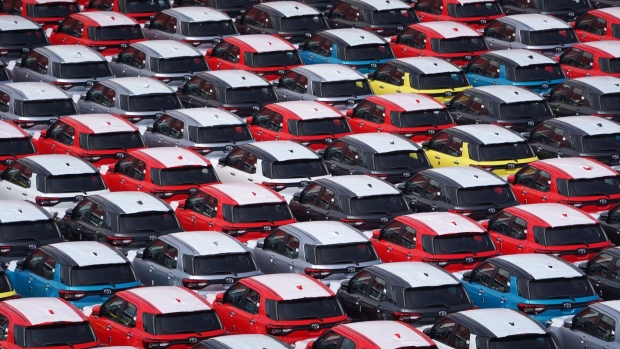 (Bloomberg) -- Toyota Motor Corp. shares fell as much as 4.7% Wednesday morning, their biggest intraday loss since March 2020, after the company warned it expects to miss its production target for this fiscal year.

Toyota’s head of purchasing, Kazunari Kumakura, said Tuesday it would be “very difficult” to meet a target of making 9 million vehicles in the year through March due to supply-chain challenges, including semiconductor shortages. While the Japanese automaker didn’t set a new target for the year, it said it is cutting February production by about 150,000 units.

SMBC Nikko Securities analyst Toshihide Kinoshita said it was noteworthy that even Toyota, with its relatively strong supply-chain management, can’t meet production targets. “The situation at other companies must be even more challenging,” Kinoshita wrote in a note.

Toyota said Tuesday that while it is looking to produce a high number of cars in March and in the new fiscal year starting April, “there are still risks and with Covid continuing to spread, conditions are proving difficult to read.”