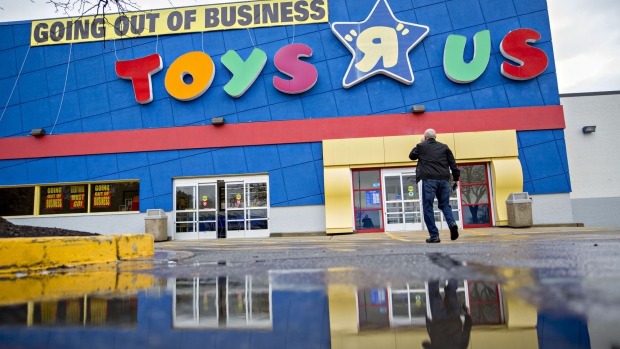 A shopper walks towards the entrance of a Toys R Us Inc. retail store in Frederick, Maryland, U.S., on Monday, April 16, 2018. Billionaire Isaac Larian, the toy marketer whose lineup includes Little Tikes and Bratz dolls, offered to save part of Toys "R" Us from liquidation with an almost $900 million bid for stores in the U.S. and Canada. , Bloomberg

(Bloomberg) -- Toys “R” Us board members and owners face new allegations of fraud and breach of duty over the company’s 2017 bankruptcy.

Creditors claim in ongoing litigation that seven company directors have now said they knew they shouldn’t have approved executive bonuses and onerous bankruptcy loans at the outset of the case that put the retailer on the fast track to a sudden liquidation six months later.

The additional debt served to keep Toys “R” Us in business during its restructuring, but cost it more than $500 million in fees and interest and came with strict terms, or covenants, court documents show. The costs were borne by trade creditors and employees who continued to work with the company on the promise of a successful turnaround, but went unpaid when it couldn’t comply with the debt terms and shut down.

Meanwhile, the owners and directors who signed off on the ill-fated financing received immediate bonuses of as much as $2.8 million as part of the plan, according to the filings. The creditors allege the authorization of those bonuses violated federal criminal law.

A lawyer representing the company’s former executives and directors previously has called the creditors’ lawsuit “baseless” and said the group would defend against it “vigorously.”

The collapse of Toys “R” Us involved a little-anticipated bankruptcy filing in 2017 that set off a months-long effort to restructure the company in bankruptcy court before it ultimately liquidated early the next year. The company had struggled for a decade with a crushing debt load from its 2005 leveraged buyout by Bain Capital, KKR & Co. and Vornado Realty Trust.