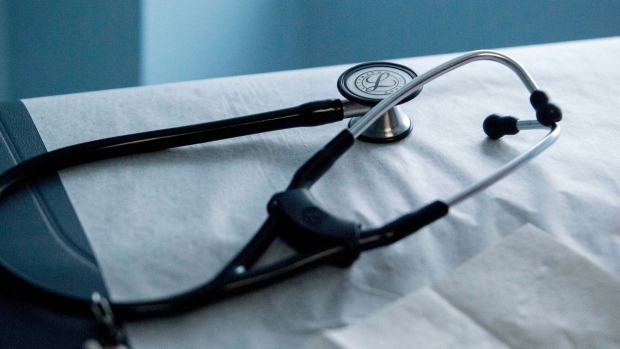 BGOVSTOCK A stethoscope sits on an examination table in an exam room at a Community Clinic Inc. health center in Takoma Park, Maryland, U.S., on Wednesday, April 8, 2015. Led by the American Medical Association, three of the top five spenders on congressional lobbying have waged a campaign to urge Congress to revamp the way Medicare pays physicians and end the cycle of 'doc fix' patches. Senate leaders predict quick action on House-passed legislation when Congress returns April 13 from its two-week recess. , Elffie Chew

(Bloomberg) -- TPG Capital and Malaysia’s Johor Corp. have halted talks about taking Kuala Lumpur-listed KPJ Healthcare Bhd. private, according to people with knowledge of the matter.

The private equity firm and the investment arm of the Johor state government have been unable to agree on the terms of the potential purchase of Malaysia’s largest private-hospital operator including its valuation, said the people. Market volatility also weighed on the potential buyout, the people said, asking not to be identified as the process is private.

TPG and Johor Corp. had been considering a deal for KPJ last year and discussed financing for the transaction with banks, Bloomberg News reported. KPJ has a market value of about $774 million after its shares fell nearly 26% this year, a greater decline than the 9% drop suffered by the benchmark FTSE Bursa Malaysia KLCI Index.

Negotiations could still resume and other parties could be interested in pursuing KPJ, the people said.

Johor Corp. is committed to improving the business prospects of KPJ, and will make any pertinent updates according to disclosure requirements, said Hasnina Hafiz, head of group corporate communications, in response to a query from Bloomberg News. Representatives for KPJ and TPG declined to comment.

A halt to talks would mark the second health-care deal in the Southeast Asian nation to see negotiations break down in recent weeks. Australia’s Ramsay Health Care Ltd. and Kuala Lumpur-listed Sime Darby Bhd. said discussions with IHH Healthcare Bhd. to buy out their joint venture in Asia have concluded and didn’t result in a binding agreement for the sale of Ramsay Sime Darby.

Founded in 1981 as the first specialist private hospital in Johor, KPJ owns more than 28 specialist hospitals located throughout Malaysia, according to its website. The health-care provider also has investments in hospitals in Indonesia, Thailand and Bangladesh as well as in a retirement resort in Australia.