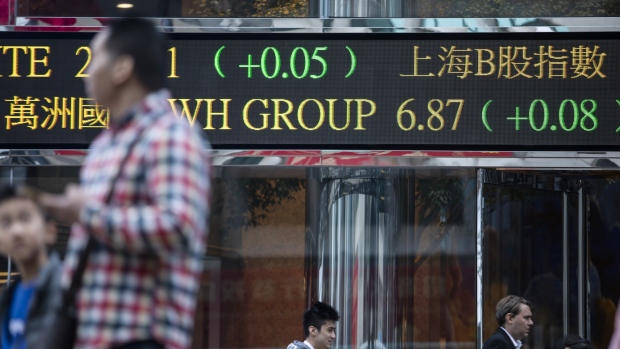 Pedestrians walk past an electronic ticker board displaying stock figures outside the Exchange Square complex, which houses the Hong Kong Stock Exchange, in Hong Kong, China, on Monday, Feb. 11, 2019. The bullish mood building in China’s equity market is entering a new phase, with investors flocking to riskier stocks as trading reopened Monday. , Bloomberg

The tech-heavy ChiNext Index slumped 2.4 per cent Thursday, taking its decline since an April peak to 20 per cent. The glum end to a holiday-shortened week was widespread across Chinese stocks, threatening the longest calm spell in months. Average daily turnover sank to the lowest since February, with concern over valuations and a rival tech board’s impact on liquidity also keeping dip buyers away. The ChiNext’s last bull run ended in 2017 after 200 days.

Traders may get some relief from China’s plans to boost demand for automobiles, home appliances and consumer electronics announced just after Thursday’s close. The charts signal next week’s reopen will be crucial for the Shanghai Composite Index, as it just fell through a key support level that had helped limit losses this year. Sentiment may be also be tempered by Donald Trump’s latest threat to increase tariffs.

“There’s no sign of an improvement on the trade talks and expectations on macro fundamentals have worsened,” said Ken Chen, a Shanghai-based analyst with KGI Securities Co. “Sentiment remains depressed.” 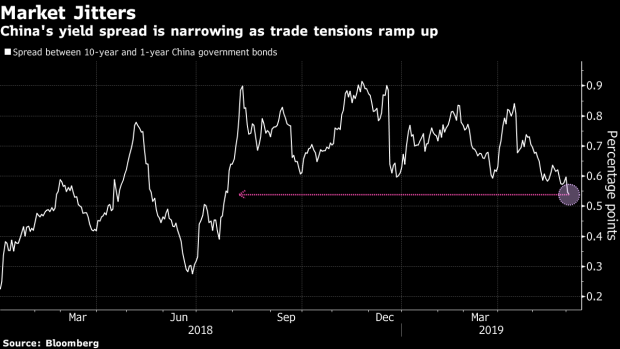 While stocks drift downward, the yuan has traded sideways as a dovish stance from the Federal Reserve and weaker dollar helped the currency hold steady. It did weaken against a basket of trading partners’ currencies this week though.

China’s new technology board took another step toward its long-awaited launch, naming the first three companies eligible to join. The companies are among the 117 that have applied to list on the venue, a push from the government to expand funding sources for smaller and more innovative firms.

The new Nasdaq-style board is also a testing ground for reforms to the country’s US$6.4 trillion stock market, with regulators waiving restrictions on how firms are priced when they list. As the trade clash with the U.S expands to technology and other areas, scrutiny on its progress is increasing.

Chart of the week

Here’s what else caught our eye this week

--With assistance from Ludi Wang and Amanda Wang.