Stocks fall as Trump digs in on tariff threat

Investors may be about to get further confirmation that they have misread how deep and lasting the global trade war could be.

After last week’s selloff in risk assets, the stand-off between the world’s two largest economies deepened at the weekend as Beijing blamed the U.S. for the latest breakdown in talks. Traders were also left digesting a move by the Chinese toward blacklisting FedEx Corp., a threat by President Donald Trump to slap tariffs on all Mexican goods and a decision to end an arrangement that lets India export almost 2,000 products to the U.S. tax free.

“Investors are generally of the view that the trade dispute could drag on for longer, but they appear to be overlooking its potential impact on the global macro outlook,” Chetan Ahya, the New York-based head of economics at Morgan Stanley, wrote in a note distributed Sunday. “If trade tensions continue to escalate, the global cycle will be at risk. We could end up in a recession in three quarters.”

As the outlook on trade deteriorated, U.S. Treasury yields registered their biggest five-day decline since 2014, reflecting growing speculation an economic downturn will prompt the Federal Reserve to cut interest rates by year-end. The S&P 500 Index posted its worst week of 2019. 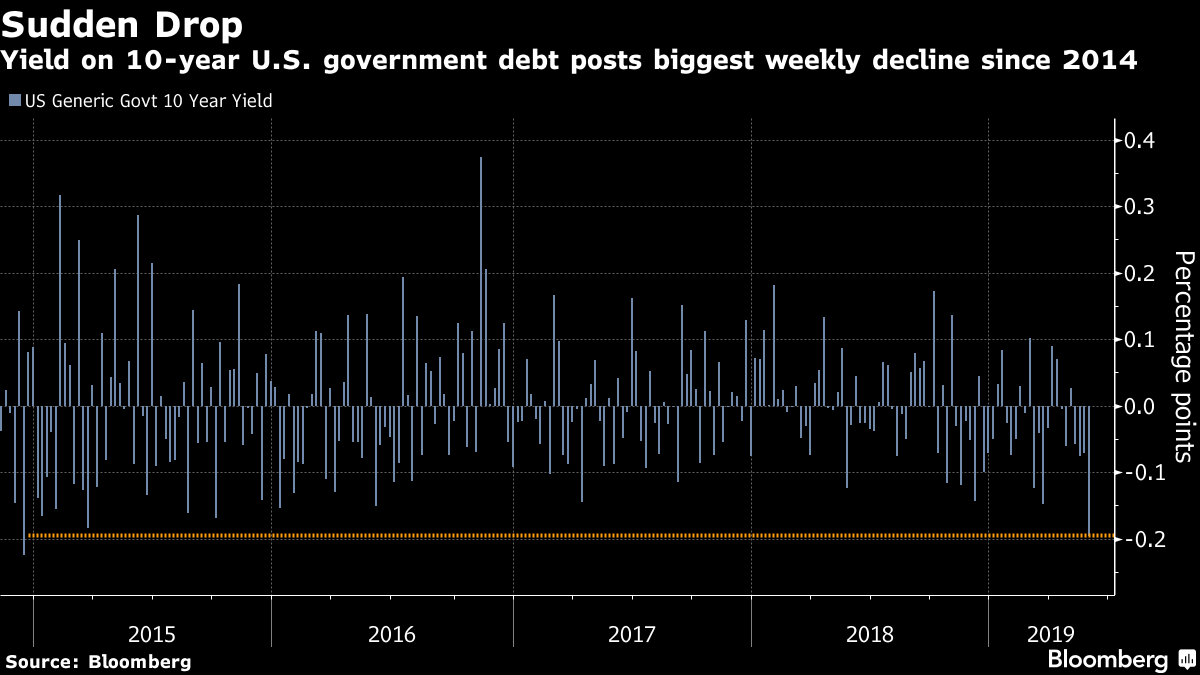