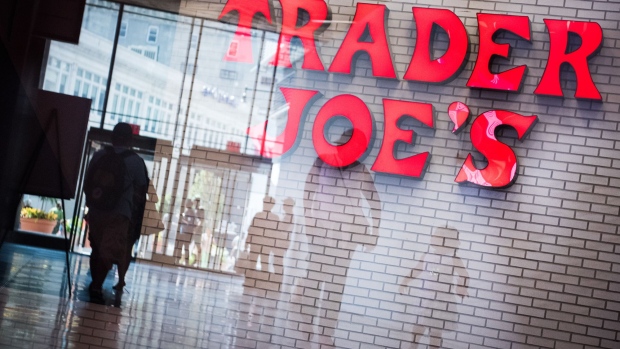 Shoppers are reflected in a window in front of Trader Joe's grocery store signage at City Point in the Brooklyn borough of New York, U.S., on Tuesday, July 18, 2017. Bloomberg is scheduled to release consumer comfort figures on July 20. , Bloomberg

(Bloomberg) -- Trader Joe’s employees have petitioned to unionize a New York City supermarket, extending a recent wave of organizing at the company and within the broader US retail industry.

Employees at a Brooklyn store filed Friday for a unionization election, according to the docket of the National Labor Relations Board. Workers are seeking to join Trader Joe’s United, the same fledgling, independent group that prevailed in elections this summer in Massachusetts and Minneapolis, creating the first union foothold among the company’s over 500 stores. The Brooklyn site employs around 185 workers, according to the docket.

The company, owned by Germany’s Albrecht family, has said following the prior votes that it is concerned about the impacts of unionization and already offers industry-leading compensation, but is ready to immediately begin contract talks. The union said last month that it had been contacted by workers in every state where Trader Joe’s has stores.

When the labor board determines that a union has signed up at least 30% of an appropriate potential bargaining unit at a workplace -- if the company hasn’t voluntarily agreed to recognize the group -- the agency holds an election. If the union then wins a majority of the votes, the company is legally required to collectively bargain over working conditions. Reaching a contract for the first time can be a long and arduous process, though, especially when a company wants to avoid encouraging additional organizing at other sites.

Along with Trader Joe’s, unions have won landmark elections victories over the past year at prominent firms including Amazon.com Inc., Starbucks Corp., Apple Inc., and Chipotle Mexican Grill Inc.