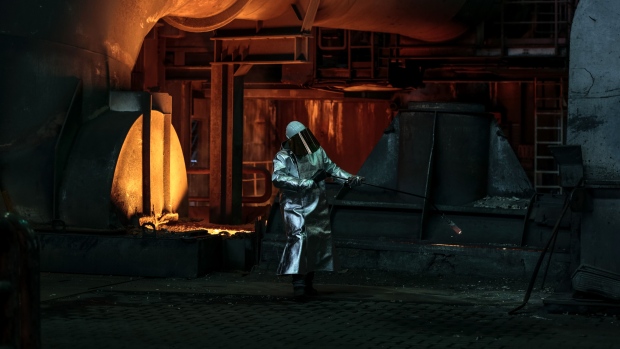 (Bloomberg) -- Commodities trader Sanjeev Gupta got into the European steel business seven years ago by buying a plant in Wales. This week he launched a bid for one of the industry’s oldest and most-storied names.

With established producers like ArcelorMittal and Tata Steel battling rising costs, tightening emissions rules and global overcapacity, Gupta has expanded dramatically by snapping up unwanted assets. His ambitions aren’t limited to steel -- his GFG Alliance also operates in aluminum and renewable energy, and has spent about $6 billion in five years on a rapid-fire series of deals and investments from Scotland to South Carolina.

Read More: Steel Royalty No More, Thyssenkrupp Sells Itself Off to Survive

His newest target is Thyssenkrupp AG’s steel unit. The business, which traces its roots to the 19th century, is up for sale as part of a broader restructuring of the German conglomerate. It’s facing deepening losses after the pandemic sent demand and prices plunging, but Gupta says he can generate savings with the combination.

The bold -- if still non-binding -- offer for Thyssenkrupp Steel would transform Gupta’s Liberty Steel into Europe’s second-largest producer. While a deal is far from certain, the possibility of a relative upstart acquiring the venerable Thyssenkrupp steelworks serves as a stark reminder of the challenges facing European producers.

The son of an Indian industrialist, Gupta moved to the U.K. when he was 13. He started a commodity-trading business, Liberty House, in 1992 while studying at Cambridge University. While his foray into European steelmaking started in 2013, it was during the downturn of 2015 and 2016 that he really saw an opportunity to grow.

GFG snapped up several distressed steel assets around the world and the dealmaking continued as prices and markets recovered. He’s made regular headlines with ambitious pronouncements, from a $5 billion North American spending target, to a 2018 plan to build the world’s biggest battery.

His rapid ascent has also drawn scrutiny. GFG is a loose network of entities owned by Gupta and his family, which has never published a single set of accounts, making its financing near-impossible to track.

The group has also relied heavily on high-interest debt from Lex Greensill’s eponymous firm. Greensill Capital, which specializes in offering loans tied to invoices, has attracted scrutiny from regulators.

Gupta has promised to reform GFG, consolidating steel, aluminum and renewable energy into single companies, each of which will publish aggregated accounts.

His other big challenge will be how to make European steel work in an era of high labor and production costs and ever-tighter regulations on emissions. Like other key producers, he’s pushing for a border-adjusted carbon tax -- in effect a tariff on high-emission foreign steel. Gupta said he wants the combined Liberty-Thyssenkrupp operations to be pioneers of green, or low-carbon, steel production.

“The concern is that they are expanding in Europe which has been a traditionally quite weak market in terms of profitability,” said James Campbell, a steel analyst at CRU Group. “But what the market needs is some consolidation.”

Gupta’s not deterred by the crippling effect the pandemic has had on steel demand and key customers such as the automotive industry.

“My confidence in taking such a big step for our business today is grounded in this belief,” Gupta told reporters. “Steel has a critical place in our lives and has a strategically important place in Europe’s future.”