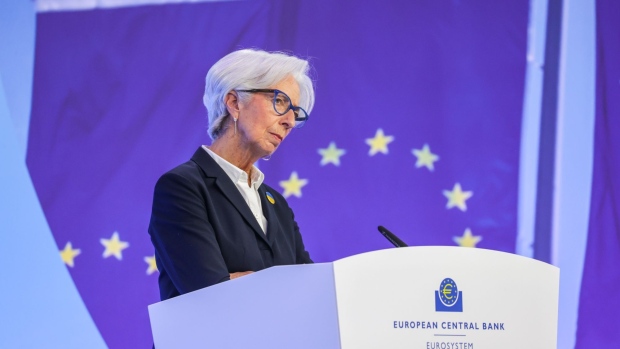 (Bloomberg) -- Traders brought forward bets on monetary policy tightening from the European Central Bank after an official raised the prospect of larger rate hikes this year.

Governing Council member Klaas Knot said Tuesday he supports a quarter-point increase in July and that a bigger move may be justified if data show inflation worsening. Money markets priced in 106 basis points of tightening by December after the comments, according to swaps linked to ECB decision dates, compared to 86 basis points at the end of last week.

“We haven’t hit peak inflation in Europe so we shouldn’t expect the ECB to tone down its rhetoric,” said Antoine Bouvet, a rates strategist at ING Bank NV. “Knot is going one step further leaving open the possibility of a bigger hike than 25bp in July if inflation broadens.”

Money-market pricing suggest the ECB will bring its deposit rate to 0.5% in 2022 from a record-low minus 0.5% currently. Assuming they opt for quarter-point raises and start in July, it implies four consecutive rate hikes.