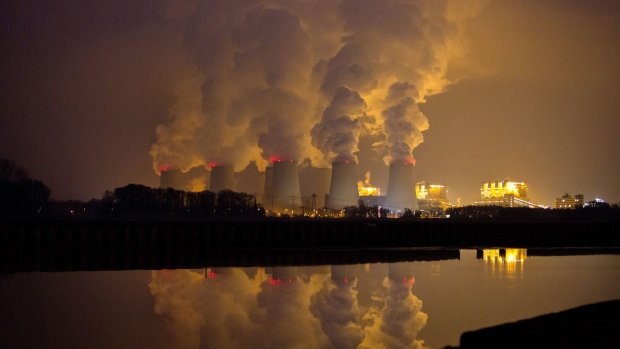 The carbon market has the potential to be 10 times the size of the global crude oil market, Hannah Hauman, global head of carbon trading at Trafigura Group, said at the FT Commodities Global Summit Wednesday.

Commodities traders and hedge funds are increasingly building up trading desks to make money off the growing sector for emissions. The EU carbon market, the world’s largest, has seen the price for a metric ton of carbon rise nearly 60% so far this year to over 50 euros per metric ton.

While a couple of years ago such levels would have been considered very high, the perception has changed along with the EU stepping up its climate ambition, according to Ulf Ek, founder and chief investment officer at Northlander Commodity Advisors LLP. And traders are not expecting EU regulators to intervene.

“Today 50 euros is comfortable and EU regulators are signaling to the market that prices are still too low,” Ek said. “That’s a big change.”

Before the last reform of the EU carbon market in 2017, prices had traded at around 5 euros per metric ton for several years amid oversupply. It was the political willingness to shore up the market and then the EU’s resolve to step up its efforts to fight climate change that helped boost the cost of emissions.

Yet unlike regulators in other markets, the EU doesn’t have any tools to quickly intervene to limit carbon price volatility. Existing legislation gives policy makers an option to boost the supply of permits if gains are deemed too fast, but the bureaucracy of such a move takes makes it ineffective.

Earlier this year, the EU’s climate chief Frans Timmermans said the carbon price would need to be much higher to realize the bloc’s goals to reach net zero emissions by the middle of the century.