A big risk right now is if this labour shortage will become a common theme: Equity strategist

The long-awaited U.S. jobs report triggered small moves in the equity market, with investors weighing whether a sharp slowdown in U.S. hiring would make the Federal Reserve delay a reduction in economic stimulus.

Traders turned to the perceived safety of technology giants, while most groups in the S&P 500 fell.

Volume was low ahead of the Labor Day holiday. The Treasury curve steepened, with the gap between 5- and 30-year yields increasing. Investors also assessed a Bloomberg News report saying that Senate Democrats are discussing a wider range of tax proposals than President Joe Biden envisioned, including levies on stock buybacks, carbon emissions and executive compensation.

The addition of 235,000 jobs in August -- the smallest gain in seven months -- suggests central bankers will need to see improvement before starting to slow bond buying, according to several analysts. Meantime, President Biden said the economic recovery remains “durable and strong,” blaming the retrenchment in hiring on the spread of the delta variant of coronavirus. 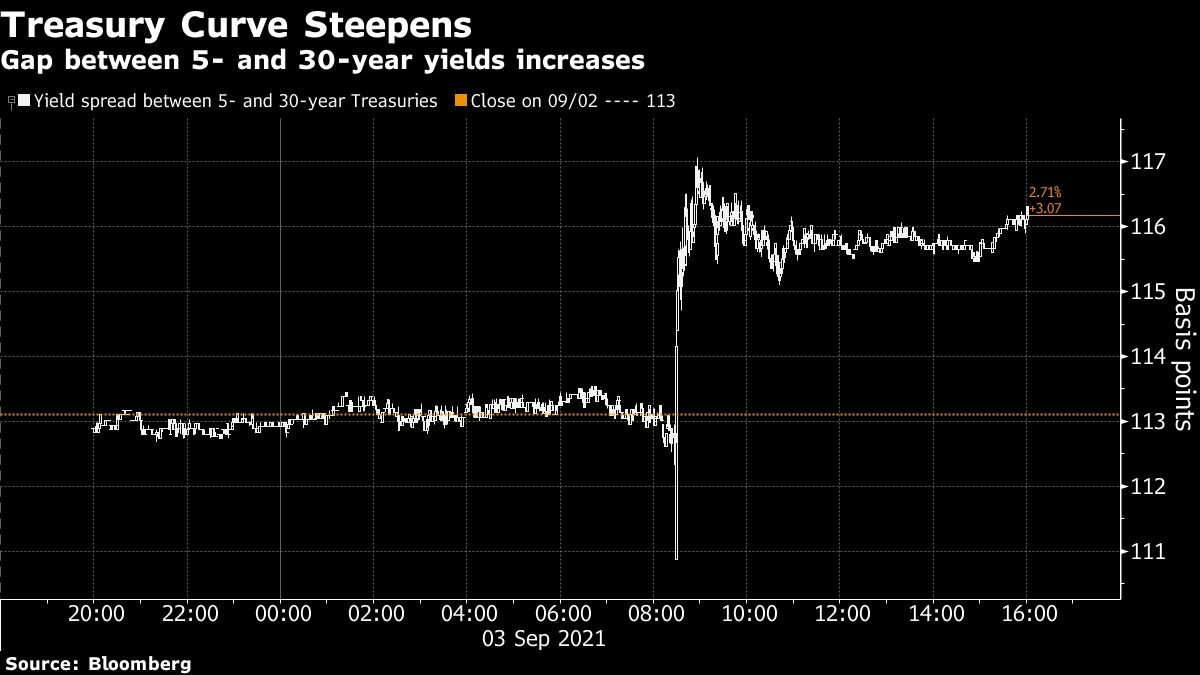