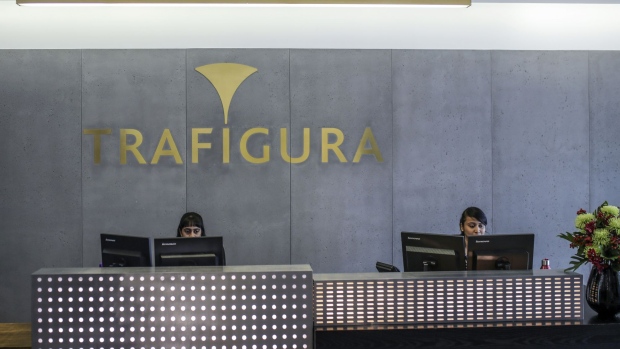 Employees work at a reception desk at the office of Trafigura India Private Ltd., a subsidiary of Trafigura Group Pte., in Mumbai, India, on Tuesday, April 24, 2018. Trafigura, a little-known private partnership that trades in oil, coal, iron ore, and metals, is one of the hidden companies that power the world economy, linking suppliers and consumers of raw materials. Photographer: Dhiraj Singh/Bloomberg , Bloomberg

(Bloomberg) -- Trafigura Group’s head of power trading in Asia has left the commodities giant, according to people familiar with the matter.

Ben Ernst, who managed a team of traders out of Trafigura’s Singapore office, left after almost two years in the role, said the people, who asked not to be identified discussing private information. He had previously spent 13 years at ERM Power, now Shell Energy Australia.

Trafigura’s Asia power book is said to have struggled in turbulent conditions, according to the people. The trading house is expected to show another year of record profits when the company’s annual results are announced in the coming months, having made $2.7 billion in net profits in the first half of its financial year.

A Trafigura spokesperson said the company does not comment on personnel matters. Ernst did not respond to a Linkedin message requesting comment.

The Singapore desk is the most recent team to be launched in Trafigura’s growing global power and renewables trading business, which is managed by Julien Rolland in Geneva. Electricity prices and volatility have soared around the world as Russia’s invasion of Ukraine and subsequent sanctions triggered an energy crisis in Europe.

Most Asian power markets are highly regulated, but there are a few including Japan, Australia and Singapore where active trading takes place. In Japan, where utilities have been pummeled by surging costs of imported fuel compounded by the weak yen, volatile prices caused more than 15% of the nation’s electricity retailers to declare bankruptcy, suspend contracts or pull out of the business as of June.

Major commodity houses have been diversifying away from traditional havens in oil to trade gas and power in recent years. Trafigura set up a desk to trade regulated and voluntary carbon markets in 2021.