The court decided in a 3-0 ruling that cabinet's decision last June to approve the project a second time was reasonable under the law.

"For the reasons that follow, we conclude that there is no basis for interfering with the (cabinet's) second authorization of the project," the 95-page decision said.

In deciding that, the judges dismissed the four challenges from First Nations in British Columbia, who argued the government had already made up its mind to approve the project again before undertaking another Indigenous consultation process in 2018 and 2019.

The judges said "this was anything but a rubber-stamping exercise."

Another win on the #TMX pipeline for Alberta!

Pleased to see this unanimous decision by the Federal Court of Appeal to reject this challenge.

Now let’s get it built. pic.twitter.com/vcTU3V0KYJ

The court found the government made a genuine effort, listened to and considered concerns raised by First Nations, and sometimes agreed to accommodate those concerns, "all very much consistent with the concepts of reconciliation and the honour of the Crown."

They also say while it is true not all the concerns raised were accommodated, "to insist on that happening is to impose a standard of perfection," that is not required by law.

This is the second victory for the pipeline and its proponents in the last month. In mid-January, the Supreme Court of Canada ruled the B.C. government could not regulate what flows through the pipeline because those that cross provincial borders are wholly within federal jurisdiction.

Natural Resources Minister Seamus O'Regan said the government welcomes the ruling and believes it proves that if consultations and reviews are done properly, major projects can be built in Canada.

"This has worked out well," he said.

"The courts have acknowledged that we listened and that we want to do things right."

Alberta Premier Jason Kenney said the project has been through years of "the most detailed and rigorous" environmental reviews and Indigenous consultations and pointed out there are many First Nations who back the project.

"It's a great day for Canada because it demonstrates that the vast majority of Indigenous groups will not have their voices ignored," he said. "It demonstrates that we do have the rule of law, that decisions can be made, that big projects can be completed."

Kenney said "it's time to get this pipeline built." Construction began in earnest on the project last fall, with the first lengths of pipe laid in December.

This is good news for Alberta and for working Albertans. I was Proud as Premier to have worked tirelessly to keep this project in play. #ableg https://t.co/1zZixTHKN6

Leaders of the First Nations which brought the challenge last summer expressed disappointment in the outcome.

"We're still trudging forward. We always said that we would do what it takes to make sure that we stop this pipeline. We have proven that it's not in the best interest of our nations that are standing here, for Vancouver, for British Columbia, for Canada," he said.

"This government is incapable of making sound decisions for our future generations. So we are and we will. Even for their children, we will take those steps, to make sure that Canada stays the way it is."

Chief Lee Spahan of the Coldwater Indian Band said the route through the First Nation's territories is still to be determined and Canada has an ongoing duty to consult with it on the route and protection of its water.

The First Nations leaders said they are still consulting with their lawyers and councils to decide whether to seek leave to appeal of the decision in the Supreme Court of Canada, which they have 60 days to do, but they will continue to pursue all available legal options to fight the project.

Khelsilem, an elected councillor with the Squamish Nation, said court is not the only option because the Squamish never surrendered their lands or their rights to their territory.

"B.C. has a long history of civil disobedience," said Khelsilem.

In November 2016, the Liberal cabinet issued its first approval for the expansion, which will twin the existing pipeline and triple its capacity. That approval was struck down in August 2018 by the Federal Court of Appeal, which said the government's Indigenous consultation was lacking in some areas and that it had failed to fully account for impacts on marine life off the B.C. coast.

Ottawa then launched another round of consultations with Indigenous communities and asked the National Energy Board to look at marine life.

In June 2019, cabinet issued its second approval for the project. Following that, the Coldwater Indian Band, Squamish Nation, Tsleil-Waututh and a group of small First Nations in the Fraser Valley asked the court to review the decision a second time. The court refused to hear a challenge from environment groups seeking a review of the decision on environmental grounds but agreed to go ahead with the First Nations case. 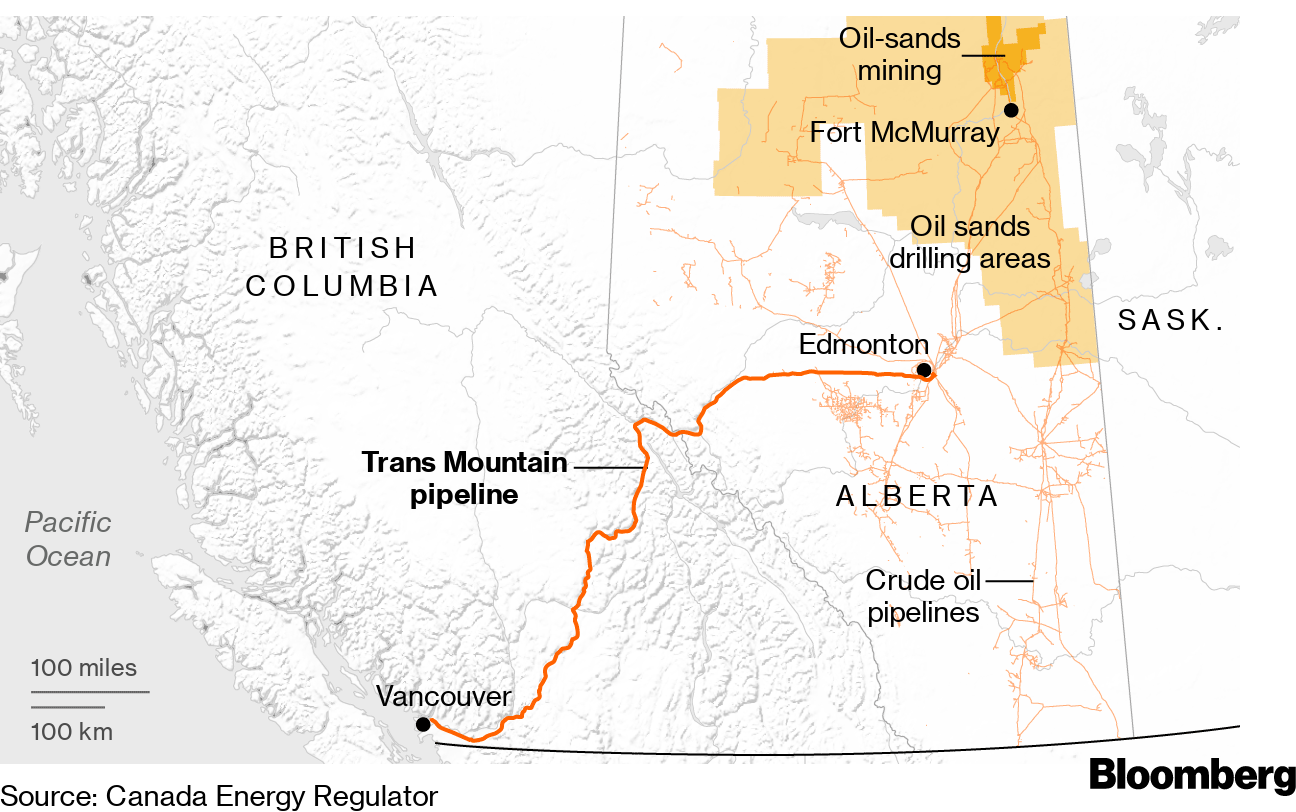 Environment groups are asking for leave to challenge that decision to the Supreme Court.

Prime Minister Justin Trudeau has always maintained Canada has to balance between getting resources to market and protecting the environment.

He has promised every cent the government makes off the pipeline will be invested in a transition to renewable energy and clean technology. His government stepped in to buy the existing pipeline when political opposition from the B.C. government compelled Kinder Morgan Canada to bail on the expansion.

The government intends to eventually sell it back to the private sector, or Indigenous communities that have formed partnerships, once the project is completed.

O'Regan acknowledged there is work yet to do with First Nations.

"I want to say clearly to those who are disappointed with today's court decision: we see you and we hear you," he said. "As construction continues to move forward we will take every step that we can to ensure that this project moves forward in the right way."