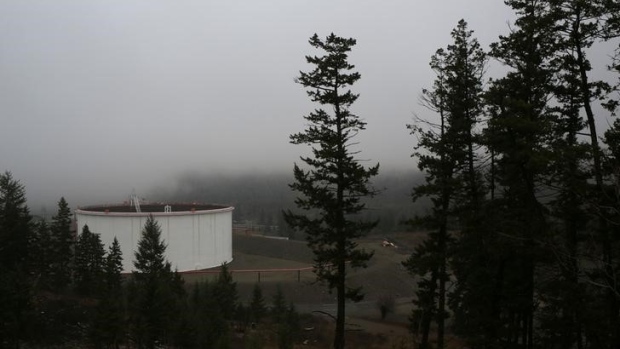 Trans Mountain's fate had grown more uncertain since last month's rise of a new provincial government in Canada's British Columbia that is against the line's expansion through the province.

Most work on the expansion this year will be preparations for major construction in 2018, Anderson said on a conference call with analysts, when asked whether the company has included slack in the timeline to accommodate uncertainties.

"That was always the plan," he said. "Permit acquisition and the priority of permitting activities is built around that."

Anderson declined to speculate on what the new government would do but said the company still needs "a good number" of local permits. He said he looked forward to meeting with British Columbia's new Premier John Horgan.

The company posted slightly lower-than-expected quarterly profits on Wednesday. It was its first earnings report after being spun off from Houston's Kinder Morgan Inc, a move made in part to finance the Trans Mountain expansion.

The expansion almost triples the capacity of the existing pipeline, designed to carry crude from Canada's oil sands to the West Coast.

While the province cannot override Trans Mountain's federal approval, it can raise obstacles for the project, delaying it and wearing down the will of Kinder Morgan's investors, experts have said.

Anderson said Kinder Morgan has made its first order for steel for the Trans Mountain expansion and will finalize construction contracts by mid-August.

The company still has $6.1 billion to spend on the $7.4-billion project, the bulk of which would be labor costs that would be mostly incurred in 2018 and 2019, Anderson said.

The company said it expects the Trans Mountain pipeline expansion to be on schedule to be in service by the end of 2019.

The company reported revenues of $168.7 million, up from $165.8 million for the same period last year. It said it expects to generate 2017 earnings before taxes and other deductions of just under $400 million.