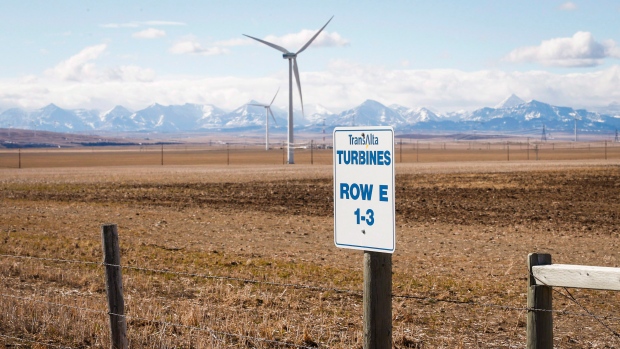 TransAlta Corp. jumped Monday after a pair of activist investors said they planned to push for changes at the Canadian power producer, including potential board changes.

Mangrove Partners and C. John Wilder’s Bluescape Energy Partners disclosed their 10 per cent stake in the company late Friday. They said in a filing they intend to meet with TransAlta’s management and directors to discuss ways it can enhance value, including through improved operations, potential changes to the board, and possible acquisitions or sales of assets. The shares rose as much as 7.7 per cent in Toronto trading.

The Calgary-based TransAlta also extended the nomination deadline for new directors in a statement last week to March 25, meaning the investors will have more time to meet with the company and determine whether they will launch a proxy fight at the company. The company changed the date and location of its annual general meeting as well, to April 26.

While TransAlta (TA.TO) has posted two consecutive years of net losses, it’s generating cash and is still in acquisition mode. Chief Executive Officer Dawn Farrell said in 2018 that the company was planning five "bite-sized" deals of around $100 million a year.

A number of actions could be used to create value at TransAlta, and they will largely be focused on the company’s hydroelectric portfolio and its large interest in TransAlta’s renewable energy business, Credit Suisse Group AG analyst Andrew Kuske said Monday. He raised his rating on the shares to "neutral" from "underperform."

TransAlta began selling shares in its renewable-energy unit in 2013, forming TransAlta Renewables Inc. as a separate company. It’s still that company’s biggest investor, with a stake of about 51 per cent held jointly with a generation partnership that’s valued at approximately $1.8 billion based on current share prices.

"We have spoken to Mangrove and Bluescape and will continue to engage in discussions with them as we carefully consider their views," TransAlta Chairman Gordon D. Giffin said Friday in a statement. Company representatives declined to make any further comment. A representative for the investors wasn’t immediately available for comment.

Bluescape last year partnered with Elliott Management Corp., the activist fund run by billionaire Paul Singer, to push for changes at Sempra Energy, including streamlining its operations by selling its Latin American utilities and spinning off its liquefied gas business. The discussions resulted in the San Diego-based utility owner striking a deal to add two new board members and launch a review of its business.

Wilder is also known for rescuing the Texas utility TXU Corp. from the brink of insolvency and then made a fortune selling it.