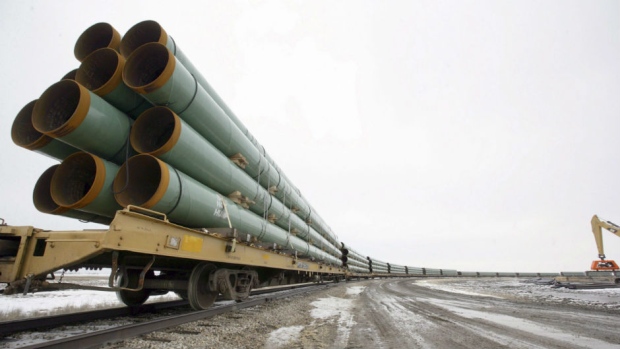 CALGARY, Alberta - TransCanada Corp (TRP.TO) seeks to suspend the application for its Energy East pipeline for 30 days and may abandon the project, the company said on Thursday, weeks after Canada's National Energy Board (NEB) announced a tougher review process.

TransCanada will do a "careful review" of the new assessment process to gauge its effect on the costs, schedules and viability of the pipeline to the Atlantic coast, the company said in a statement.

The NEB in August expanded the scope of Energy East's review, saying it will consider the project's indirect greenhouse gas contributions and will provide "more visibility" to the evaluation of risks associated with accidents such as oil spills.

The regulator said on Thursday it will consider TransCanada's request to pause its Energy East application and will make a decision "in a timely fashion."

Energy East, which would take crude from Canada's oil heartland of Alberta, would attain higher prices for Canadian producers, whose landlocked product trades at a discount to the West Texas Intermediate benchmark.

Assessing indirect emissions had been opposed by TransCanada, which had called it "completely redundant and unnecessary."

In a filing to the regulator on Thursday, TransCanada also requested an extension to the deadline for filing Energy East updates to Oct. 27.

Should TransCanada abandon the project, "the carrying value of its investment ... as well as its ability to recover development costs incurred to date would be negatively impacted," the company said.

TransCanada said it will continue to advance its other projects despite pausing Energy East.

Dirk Lever, an energy infrastructure analyst at AltaCorp Capital in Calgary, said: "What they want to do is halt the clock on it, and I can't say I am surprised."

Assessing indirect emissions "is a really tough ask," he added.

Royal Bank of Canada analyst Robert Kwan said Energy East is likely immaterial in the market's valuation of TransCanada, although Thursday's announcement could "drive negative sentiment that could put some downward pressure on the shares."

Energy East's importance has somewhat diminished for TransCanada since the United States this year approved the company's Keystone XL pipeline, which would run from Alberta to U.S. refineries.

The pipeline was up for its second NEB review, after the first stalled last year amid protests by environmentalists and after revelations that regulatory panel members met privately with a TransCanada consultant. 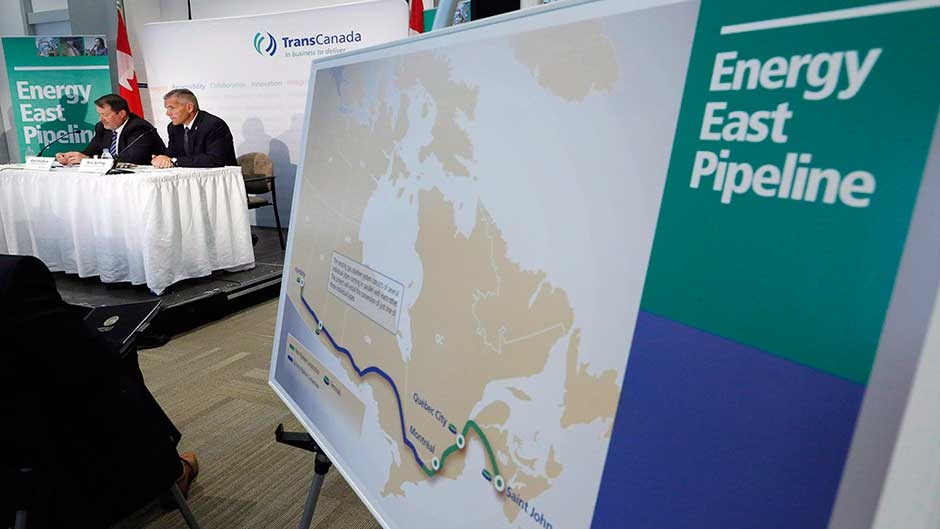 Which of these has the most to lose if Energy East never gets built?