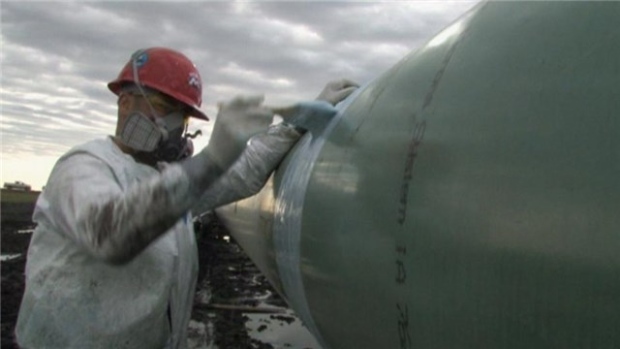 CALGARY - TransCanada Corp. (TRP.TO) is offering about US$848 million cash to buy all the equity in Columbia Pipeline Partners LP that it doesn't already own -- strengthening its grip on a pipeline network that stretches from New York to the Gulf of Mexico.

The Calgary-based company's offer to other investors in the Houston-based limited partnership follows TransCanada's purchase of the Columbia Pipeline Group. That deal was valued at US$13-billion, including US$2.8 billion in debt.

TransCanada effectively became the main partner of Columbia Pipeline Partners LP on July 1 and Monday's announcements indicate it plans to buy out the other investors in CPPL for US$15.75 per common unit.

It says the offer is 11.3 per cent above the 30-day average closing price for the partnership units (CPPL.N). The units closed Friday at US$15.30.

The proposed transaction is subject to certain conditions, including approval under U.S. anti-trust law and by a majority of CPPL unitholders.

The limited partnership has interests in three regulated U.S. natural gas pipelines that serve markets extending from New York to the Gulf of Mexico, as well as storage and related midstream assets.