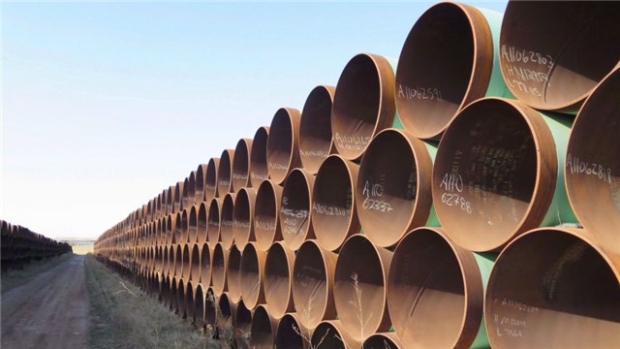 Canadian pipeline operator TransCanada Corp said on Monday it will build and operate a $2.1 billion natural gas pipeline in Mexico, as the company continues to ramp up its presence in the Latin American country's large gas market.

The Sur de Texas-Tuxpan project will be a joint venture with IEnova, a subsidiary of Sempra Energy, backed by a 25-year gas transportation service contract with Mexico's state-owned power company.

TransCanada, which will own a 60 per cent stake in the 800 km (497 mile) pipeline and be its operator, will invest $1.3 billion in the project. IEnova will hold the remaining 40 per cent stake.

The pipeline, which is expected to be in service in late 2018, is the largest of three new Mexican projects recently announced by the Calgary-based pipeline operator.

Construction has already begun on the $500 million Tuxpan-Tula Pipeline and the $550 million Tula-Villa de Reyes lines. The company, which also has other existing projects in Mexico, said its investment in the country now tops $5 billion.

"We are extremely pleased to further our growth plans in Mexico with one of the most important natural gas infrastructure projects for that country's future," Chief Executive Russ Girling said in a statement.

TransCanada's push into Mexico comes as the company continues to face delays on projects closer to home. Its Keystone XL oil pipeline expansion was rejected by U.S. President Barack Obama late last year and the company is struggling with opposition to its Energy East project in Canada.

It is also slated to build numerous gas lines tied to proposed natural gas export terminals on Canada's Pacific Coast, but final investment decisions on those LNG projects have been delayed by environmental and market concerns.

TransCanada's shares were up 0.26 per cent at $54.78 on Monday on the Toronto Stock Exchange.