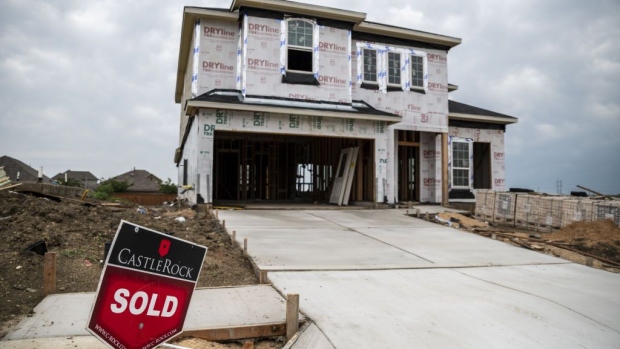 A "Sold" sign sits outside a home under construction in the CastleRock Communities Sunfield residential development in Buda, Texas, U.S., on Wednesday, May 15, 2021. Across the U.S., house prices are skyrocketing, bidding wars are the norm and supply is scarcer than ever. Now the market is too hot even for homebuilders. Photographer: Bloomberg/Bloomberg , Photographer: Bloomberg/Bloomberg

(Bloomberg) -- The U.S. housing market is absolutely booming  but there’s one big problem: there just aren't many homes available to buy. Whether it's existing inventory or new home sales, there simply isn't enough to meet the demand, even as real estate prices surge. On this episode, we speak with housing economist Ali Wolf, chief economist at the data and research firm Zonda, about what’s going on. You can find the episode here. Transcripts have been lightly edited for clarity.