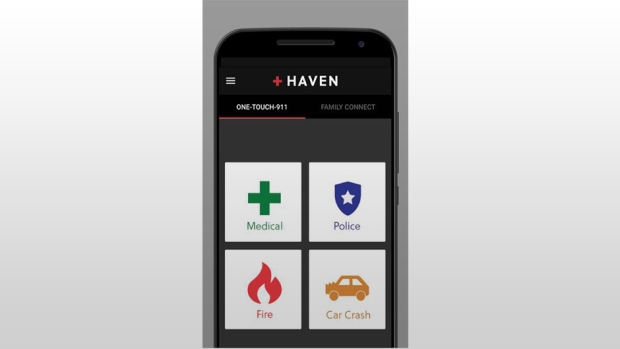 If you’ve never called 911, you might be surprised to learn that the process doesn’t move as quickly as you think.

Haven was released in June 2016 and is available on iOS and Android phones for $2.99/month on both the Apple App Store and Google Play Store. It uses Wi-Fi, Bluetooth or cellular reception to non-verbally transmit data such as the location, what’s happening, and what kind of services are needed, to a dispatch call centre.

“In the middle of a kidnapping or a heart attack or an assault, if you can’t verbally provide your address and exactly what is occurring, it’s very difficult to get you help,” Michael Martin, co-founder of Haven’s parent company RapidSOS, told BNN in an interview.

“Despite all the ways technology has transformed our lives, most of those calls are still going through a 1960s and 1970s copper wire infrastructure – there is basically no data that gets transferred,” Martin added. “It’s really extraordinary the work 911 is doing in light of almost no information about you when you place that call.”

RapidSOS says the software only deviates within 10 metres of your actual location - accuracy far more precise than what a dispatcher could find.

Of the over 500,000 people that call 911 every day across the United States and Canada, the Federal Communications Commission estimates that 10,000 people die every year from dropped calls to 911, or lack of location information provided by the caller.

Last year, a high-profile death made the case for Haven. Police released the transcript of the 911 call that was placed when iconic singer Prince died, showing just how long it took for the person making the call to give an exact address. The full transcript can be found here.

Martin said inspiration for the app came from own personal experience.

“I kind of had this classic ‘welcome to New York City’ mugging experience,” he said. “That’s when I realized just how difficult it is in one of these experiences to get out your cellphone, dial a number, and have a cogent conversation.”