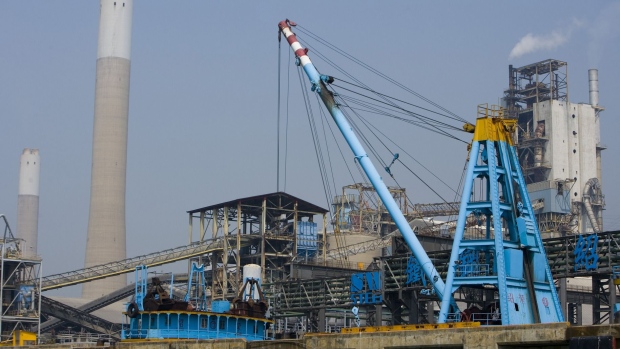 At the end of last year, debt market participants were predicting 2021 would be the year of the transition bond.

The expectation was that fossil-fuel companies and other heavy corporate emitters, which have largely been barred from selling green bonds, would start issuing this new type of debt by the truckload to help finance their efforts to reduce greenhouse gas emissions.Fast forward to today, and only six of these bonds have been brought to market this year, according to data compiled by BloombergNEF. The deals include Castle-Peak Power Co.’s $300 million sale in February, with the proceeds earmarked for construction of a gas turbine unit at a power station in Hong Kong. Bank of China Ltd.’s Hong Kong branch issued a $780 million transition bond in January for projects that are supposed to be in line with China’s goal of achieving carbon neutrality by 2060.

Beyond the tiny number of issuances, it gets worse: Some of these transactions have been criticized for lacking “the ambition asked of transition bonds.” S&P credit analyst Lori Shapiro said some market watchers are assailing these deals for not being aligned with the goals of the Paris Agreement. The absence of clear standards has raised concerns about the potential for “transition-washing,” a play on the more commonly known “greenwashing” in which bond issuers overstate their climate change-related commitments.

The International Capital Market Association, an industry trade group, published the Climate Transition Finance Handbook in December to provide a disclosure framework for transition strategies. The guide is aimed at creating a baseline for transition-themed green bonds and sustainability-linked bonds. The handbook states that a “transition” label should be clear about an issuer’s goals and its alignment with the Paris accord.

And even with the skepticism about standalone transition bonds, demand for Bank of China’s offering was four times oversubscribed, which Shapiro said illustrates that “investor appetite for such instruments is strong.”

S&P Global estimates transition finance, including issuance, will contribute as much as $1 trillion to the estimated $3 trillion of annual investments needed to limit global warming to 2-degrees Celsius by 2050. The hope is transition finance will allow the largest carbon-emitting industries, including oil and gas, iron and steel, chemicals, aviation and shipping, to raise capital and use the funds to lower their carbon footprint, Shapiro said.In one of the better examples, Cadent Gas, the U.K.’s largest gas distributor, sold a 500 million-euro ($608 million) transition bond in March 2020 to assist in reducing methane leakage from its pipelines.

Still, the overall market remains relatively dormant, with companies having issued only $5.7 billion of transition bonds in total since mid-2017, according to S&P Global.

To put that number in perspective, Amazon.com Inc.—on its own—raised $18.5 billion on May 10 selling debt, including $1 billion for eligible green or social projects.