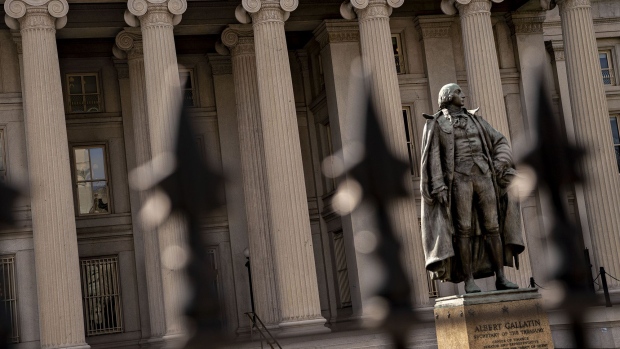 Offsetting the weak job creation number were an upward revision to August payrolls, a bigger-than-expected drop in unemployment and a faster pace of wage growth -- metrics that support the argument that the Fed should respond to price pressures in the economy.

While Treasury yields have been volatile since the data release, curve-steepening has been fairly consistent. The spread from the 5-year to the 30-year reached 113.9 basis points, wider by 3.6 basis point on the day and near the high end of its range over the past month.

Federal Reserve Chair Jerome Powell said last month the U.S. central bank could begin scaling back asset purchases in November and complete the process by mid-2022, after officials revealed a growing inclination to raise interest rates next year. However, he left the door open to waiting longer if needed.