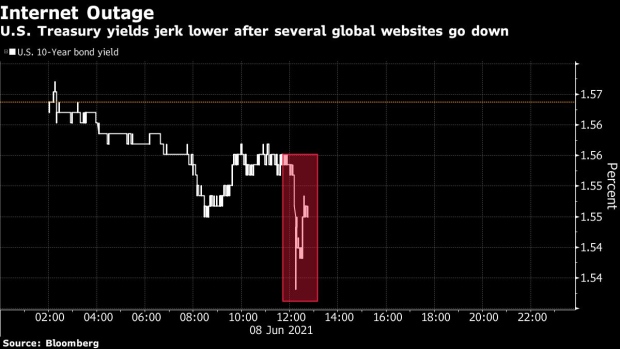 Ten-year Treasury yields fell as much as three basis points to 1.54%, the lowest level in over a month, before paring the drop. Websites including the New York Times, Bloomberg News and Reddit were unavailable after services from content-delivery network Fastly Inc. went down on Tuesday.

Other bond markets followed the move, with German and British bonds also rallying.

“It seems to be being blamed on tech issues rather than a cyber attack,” said Patrick O’Donnell, a money manager at Aberdeen Standard Investments. “Either way, U.S. fixed income had been trading quite well anyway and I imagine that’ll continue.”