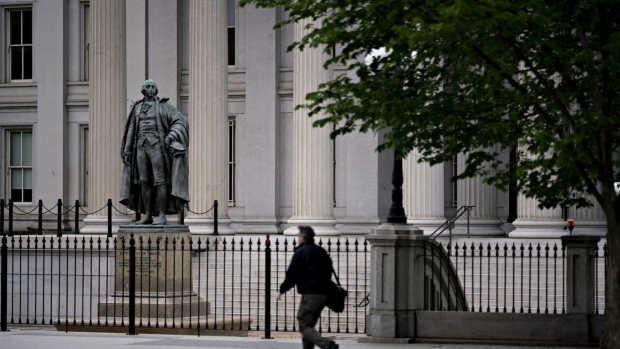 The U.S. Treasury yield curve is approaching its steepest level in three years as policy responses to the coronavirus pandemic and glimmers of hope on the economic front drive a wedge between intermediate- and long-term interest rates.

The spread between 5-year and 30-year yields touched 117.6 basis points on Tuesday as long-maturity yields rose to a two-month high.

The curve slope was steeper on just one day this year -- March 19, in the teeth of the liquidity crisis that prompted the Federal Reserve to ramp up its daily buying of Treasuries.

The spread touched 118.2 basis points that day, before easing to around 80 basis points within days as the Fed flooded the market with liquidity.

The curve’s move also coincides with a sense that the economy may be starting to revive after months of lockdown measures, with stocks hovering near the highest in almost three months.

“When the news is good, 30-year yields tend to go higher much more than the front-end because everyone understands that when things improve the Fed isn’t going to be rushing to hike rates,” Dhingra said. 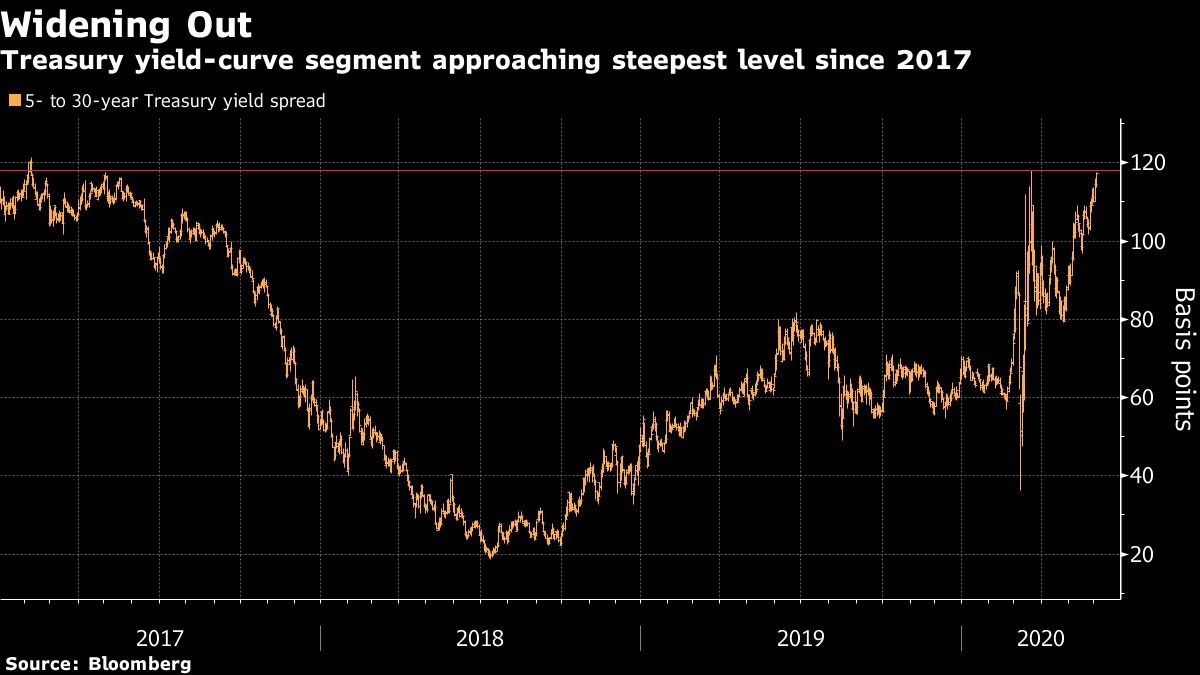 But the curve also has been steepening on days when yields decline because investors see the potential for the Fed to respond with measures including a negative policy rate -- which it has so far forsworn -- that could lead to lower short-term yields.

Downbeat economic news leads people “to expect that the Fed will do more in terms of forward guidance,” and “on the margin the market thinks that negative rates start to become possible as things worsen,” spurring bigger declines for 5-year than for 30-year yields, Dhingra said.

Long-maturity rates rose in May for the first monthly increase this year as U.S. stocks advanced, reflecting improved investor sentiment as stay-at-home orders were lifted in some states, allowing businesses to reopen.

Also, data on continuing jobless claims last week suggested that the labor market may have begun to rebound. Meanwhile, on the policy front:

“This trade so far has been tactical, but it has the potential to become strategic” in a few months’ time as improving economic data “start to put pressure on yields to go higher,” Dhingra said.