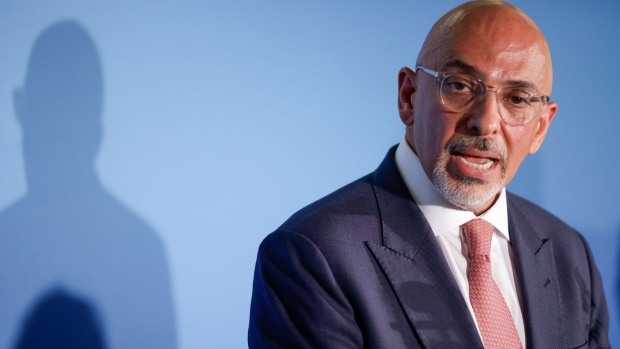 Nadhim Zahawi, UK chancellor of the exchequer, speaks at the launch of the Conservative Way Forward initiative in London, UK, on Monday, July 11, 2022. UK Prime Minister Boris Johnson quit as Conservative leader last Thursday after a dramatic mass revolt from his ministers, following a series of scandals that have overshadowed his three-year premiership. , Bloomberg

The UK government is holding talks with senior finance executives to find ways to stimulate demand for listings, the latest initiative that aims to boost the City of London after Brexit.

Nadhim Zahawi, the Chancellor of the Exchequer, and Treasury officials are holding a series of informal discussions with senior bankers and other executives in the City to find new ways to stimulate investor demand in a bid to help attract more listings to London, boosting its competitiveness with New York, people familiar with the discussions said.

Ideas that are under consideration include setting up a dedicated fund that would invest in equity offerings and incentivising institutional as well as retail investors to participate in share sales, people familiar with the matter said, asking not to be identified discussing private matters.

Risk-averse fund managers are seen as a particular hurdle to a thriving equity capital market in London, one of the people said.

London’s stock market is facing the quietest period for listings since the financial crisis. While the immediate cause of the slump was the global pause in share sales after Russia’s invasion of Ukraine, the reasons behind the UK’s slide date back years and include Brexit and listing rules perceived to be less founder-friendly than other jurisdictions.

The direct talks between Zahawi and senior executives are in addition to the taskforce under Julia Hoggett, chief executive officer of London Stock Exchange, which was announced in July to identify ways to make the most of capital markets reforms to attract new company listings.

There is also a separate “digitization” taskforce being led by Douglas Flint looking at potential ways to modernize the UK’s rules for holding shares. Both bodies have had terms of reference set and are due to get underway in earnest in September.

The taskforces follow a series of listing reforms drawn up by Mark Austin, a partner at law firm Freshfields Bruckhaus Deringer, aimed at helping companies raise money quickly and more cheaply on the London Stock Exchange.

The additional talks are designed to boost the City’s competitiveness after the UK’s departure from the European Union, according to one of the people.

Some of the ideas may be fed into the Hoggett and Flint taskforces, the person said. They could be added to the Financial Services and Markets Bill, which was published in July and is due to be debated in Parliament after politicians return from their summer break in September.

Read More: What Britain Is Targeting in Post-Brexit Finance: QuickTake