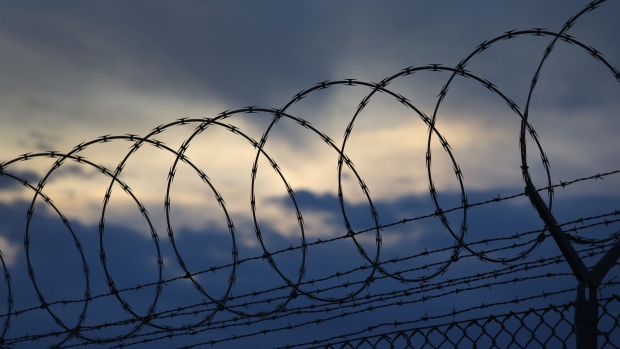 (Bloomberg) -- Activists and investors are asking President Joe Biden’s administration to ban the use of federal stimulus funds to build prisons in Alabama and elsewhere.

Dozens of signatories, including the American Sustainable Business Council and Justice Capital, sent a letter to Treasury Secretary Janet Yellen and other administration officials asking them to “explicitly prohibit any state, including Alabama, from using CARES Act, American Rescue Plan (ARP), infrastructure funds or any other federal dollars for prison construction projects.”

The push comes after Alabama Governor Kay Ivey, a Republican, this week called a special session of the state legislature to address “longstanding” issues with correctional facilities. As part of the plan to modernize the state prison system, lawmakers could consider a bill to sell as much as $785 million of bonds and tap as much as $400 million in federal aid from the Biden administration’s American Rescue Plan, according to the governor’s office.

State lawmakers are considering those funding options after a controversial debt financing didn’t move forward in the municipal bond market. In that proposal, the state would have contracted with prison company CoreCivic Inc. to build and own the facilities while leasing them to the state’s corrections department. The state terminated its 30-year lease with CoreCivic in August.

The activists say the federal aid should be allocated to those who have been disproportionately impacted by the pandemic, like Black, Brown and indigenous communities.

“If permitted to use federal dollars, the State will squander a once-in-a-generation opportunity to invest in our communities for productive infrastructure like K-12 and early childhood education, access to high quality and affordable healthcare, clean water and sanitation,” the group wrote in the letter dated Sept. 23. “Aid should be allocated to explicitly center and uplift widespread economic prosperity.”