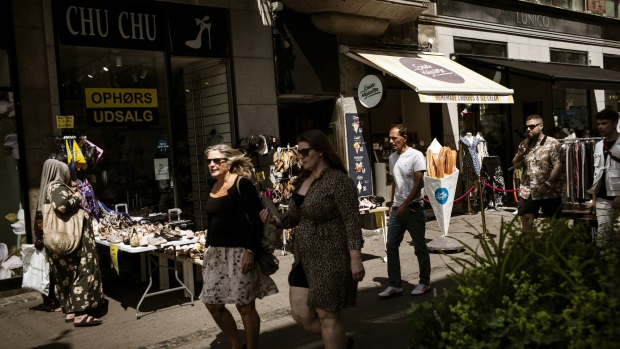 An avenue of mature trees lines the Student Lake on the edge of Copenhagen’s Old City. Photographer: Carsten Snejbjerg/Bloomberg , Bloomberg

(Bloomberg) -- Sign up to receive the Green Daily newsletter in your inbox.It seems like every few weeks, there’s a new campaign somewhere to plant 1 million — or some other impressive number — of trees.

These initiatives often are announced to great fanfare. After all, why wouldn’t a city want a massive boost to its urban tree canopy? Trees’ ability to store carbon makes them potentially powerful tools against climate change. And ample studies have shown they also alleviate air pollution, reduce the effects of urban heat islands and make streets more walkable.

But planting a million trees is not the cure-all for global warming that many leaders want it to be, especially when only a fraction of those trees mature, survive or even make it into the ground. And such large-scale initiatives are anything but simple.

In our latest story for Bloomberg CityLab, my colleague Feargus O’Sullivan and I look at the pitfalls of these kinds of ambitious campaigns. We start with Copenhagen, which in 2015 had a more modest goal of planting 100,000 trees within 10 year but whose missteps are far too common among cities across the globe.

Just six years into the city’s campaign, many of the planted saplings have withered and died. “People bash into them with bikes and cars,” Sandra Hoj, an urban tree campaigner in Copenhagen, told us, “and they often don’t have proper protection.” The bark gets slashed, or they get poisoned in the winter because the municipality has put salt on the roads instead of some alternative that’s safe for the trees.

“Meanwhile, the city is still replacing some beautiful mature trees with tiny little twigs, which die, are replanted, and then die again,” she said.

In other cities, million tree campaigns never realize their goals after cities recognize, sometimes too late, that it’s not just about getting the saplings planted. A look at Los Angeles’ initiative revealed the perils of a “throw-everything-in-the-kitchen-sink” approach that relied on tree giveaways and nonprofits to get trees into the ground. By the end of the campaign in 2013, the city had reached less than half its target.

“It’s not just about planting a million trees,” said Lara Roman, a U.S. Forest Service researcher who studies tree mortality. “It’s about planting and taking care of a million, and in the right places.”

Now, with an ever-growing climate crisis that’s heightened the allure of trees but that’s also made the urban environment more hostile to them, it’s even more urgent for policymakers to rethink how they will grow their tree canopies and take care of them.

That includes careful consideration of not only where they plant — in the U.S., the poorest neighborhoods have 41% less canopy than the wealthiest ones — but also what they plant. Amid droughts and diseases that can wipe out an entire species of trees, cities need to think ahead to planting more resilient trees, ones that require less water and can withstand increasing heat.

Success can no longer be measured solely by whether a city meets that million or hundred-thousand target — although many cities haven't succeeded at that, either.