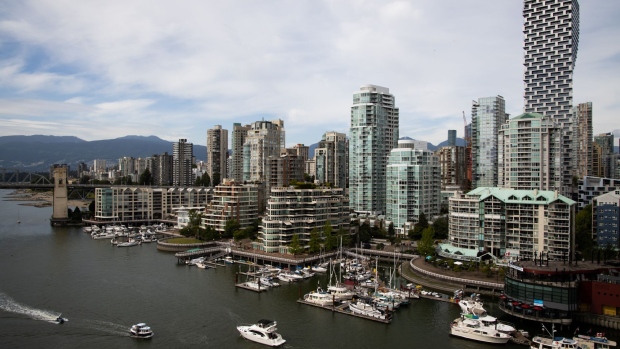 (Bloomberg) -- One of Canada’s biggest non-bank commercial mortgage lenders has launched a new fund to invest in debt that has been mispriced by the coronavirus pandemic.

Vancouver-based Trez Capital has closed the first round of financing on its new high-yield fund but will remain open for investments until Dec. 31 with plans to attract a maximum of C$100 million ($74 million) in capital.

“These are first mortgages, loans that are secure but, because of the current environment, offer higher yields than what we could earn pre-Covid,” Daniel Marchand, senior vice president at Trez said in Toronto.“Lenders have pulled back on their borrowing activities and this fund allows our investors to capture the additional spread.”

The firm is keeping the fund small because it expects the market to normalize by the end of this year or early spring, said Marchand, who oversees capital raising efforts at Trez.

“During the global financial crisis, we were able to capture additional spread -- higher yields on quality deals -- for only about a year. We would expect a similar experience in this crisis,” he said.

The new fund will target net returns of more than 10% per year in a portfolio of senior ranking mortgages. It will focus on real estate projects in U.S. markets that have higher-than-average population and economic growth. The first investment will be for single-family lot development financings in Texas, a state experiencing job growth and strong demand for affordable housing.

Trez is now allowing limited redemptions in two of its four open-ended funds it had gated in March -- Trez Capital Prime Trust and Trez Capital Yield Trust. Back then, a record number of credit funds across the world were forced to halt redemptions to preserve liquidity.

That had impacted four of Trez‘s funds managing approximately C$2.6 billion. Despite the Covid-19 disruption in the commercial real estate industry, it has maintained distributions across all funds with no delays or reductions.

The firm manages C$3.8 billion that’s split between the U.S. and Canada. It expects to make an announcement in the coming weeks for the other two funds that are still shut, Marchand said.

“We want to reopen progressively and deliberately,” he explained. “Although we are being conservative in our approach, it’s that risk culture that’s kept us solid through this, and previous crises.”

For its Prime Trust fund, Trez will allow total redemptions of C$3 million per month and up to C$5 million for the Yield Trust. It will revisit these limits by the end of August, he said.